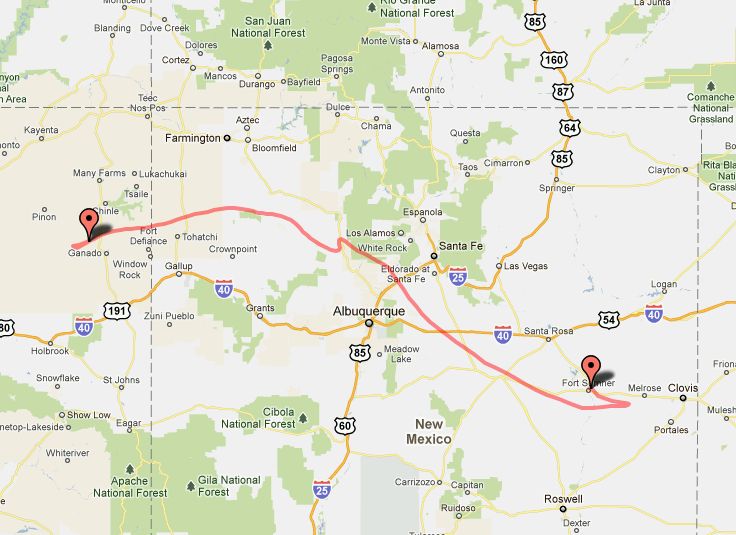 The balloon was launched by dynamic method using the Big Bill launch vehicle at 8:09 am local time (13:09 utc) on September 8th, 2011. The ascent to float altitude of 122.000 feet endured a little more than two hours, after which the balloon acquired a westward route crossing the north part of New Mexico to Arizona where at 5:56 utc of the next day the mission was terminated.

This was the sixth mission of the HASP program. The flight included the following experiments:

Measurement of the ozone profile in the stratosphere using nanocrystalline and nanocomposite sensor arrays developed by a team from Universities of North Dakota and North Florida. For the verification of earlier data from HASP missions improved versions of the sensors and payload were transported. Two different groups of ozone sensor arrays were used: (i) nanocrystalline nanocomposite ITO and (ii) chemical sensitive thin film transistor gas sensors on glass substrates.

OSIRIS Lite 2 (OLite 2) developed by Pennsylvania State University's Student Space Programs Laboratory (SSPL) as a technology demonstration for the OSIRIS CubeSat. Ultimately, the technologies demonstrated by OLite will make up the spacecraft bus for the OSIRIS satellite, designed to investigate the effects of space weather on the ionosphere.

Louisiana State University provided two experiments for the flight a Directional Cherenkov Detector prototype cosmic ray charge detector for the use in the Calorimetric Electron Telescope (CALET) project and Sampling Microbes In The High atmosphere (SMITH) a payload aimed to sample for biological particles in the stratosphere.

TIGRE SAT designed by the Inter-American University of Puerto Rico, Bayamon Campus. It is a 1U CubeSat prototype that consist of solar panels, an Electrical Power System (EPS), a Command and Data Handling system, an Attitude determination and control system (ADCS), and a camera payload. Ultimately, the technologies demonstrated by TIGRE SAT will make up the spacecraft bus for the SWIM (Space Weather Ion Measurement) CubeSat, designed to investigate the effects of space weather on the ionosphere.

Maple Leaf Cosmic Ray Detector by the University of Alberta, is a simple low mass cosmic ray detector that aims to measure particles with energies greater than 200MeV, following a design made by University of Louisiana Lafayette for HASP 2006. This was the first Canadian Institution participating in HASP since program inception.

Selective Pointing Apparatus for Research of Turbulence and Atmospheric Noise Variation developed by the University of Colorado, consist of a experiment to determine the feasibility of high altitude observatories by characterizing the atmospheric disturbances through measurements of the variations in the brightness of a star for the duration of the nighttime flight.