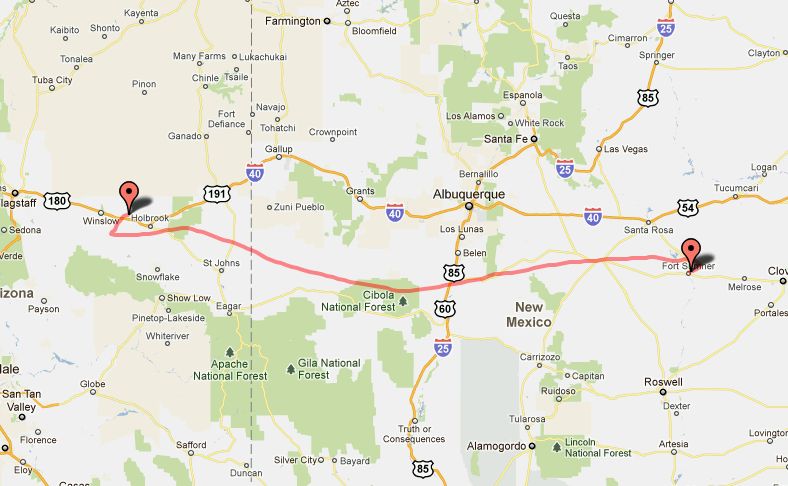 The balloon was launched by dynamic method using the Big Bill launch vehicle on August, 31 2011 at 13:35 utc under perfect weather conditions. After a initial eastward route during ascent at 16:00 utc it reached float altitude of 123.000 ft and started a fast westward course taken by the prevailing winds over central New Mexico and entering at the end of the flight to Arizona. There, at 23:35 utc the separation command was sent and the payload started to descend west of Holbrook in his own parachute. Impact occured in coordinates 35.0059º -110.4049º at 00:28 utc on September 1st.

After return to the launch base the HASP gondola was quickly refurbished for a new flight during the same season which occured on September 8, 2011.

This was the fifth mission of the HASP program. It was originally planned to be carried out in 2010, but as a result of a flight restriction impossed over all NASA balloon activities due to a launch incident occured in the Alice Springs airport, that same year it was moved to the fall campaign in 2011.

The flight included the following experiments:

OSIRIS Lite (OLite) developed by Pennsylvania State University's Student Space Programs Laboratory (SSPL) is a technology demonstration for the OSIRIS CubeSat. Ultimately, the technologies demonstrated by OLite will make up the spacecraft bus for the OSIRIS satellite, designed to investigate the effects of space weather on the ionosphere.

SKC Wide Field Camera developed by Salish Kootenai College (SKC) is a student designed, built, tested, and operated prototype general purpose astronomical visible light camera. The primary goal is to provide SKC students with systems engineering experience for scientific payloads carried on balloon or spacecraft platforms, with a secondary goal of testing the system design in near space conditions to enable refinement of the design for possible future flight opportunities.

University of Maryland StratoPigeon (UMDSP) It's goal is to provide a complimentary method of data storage and delivery in a manner that reduces the effort and time spent on payload recovery for long duration flight. The experiment will be a prototype data capsule that can store large amounts of data and be released from the main gondola during the flight with a manual command. The capsule will descend on a parachute to a predicted landing site chosen for location and accessibility. During descent and on landing, the payload will transmit exact coordinates through satellite link and line of sight radio.

COSMOCAM a web camera developed by Rocket Science, Inc. designed to bring live views of the balloon launch and flight from on-board the payload to students, classroom and the general public. The video camera head, mounted on a vertical stanchion, includes a 26º optical zoom with full pan and tilt control available over the web. The downlinked streaming video is retransmitted over the internet for general viewing. CosmoCam was particularly useful for the project as it allows student teams to visually inspect and monitor their payload during flight.