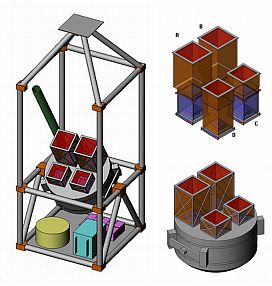 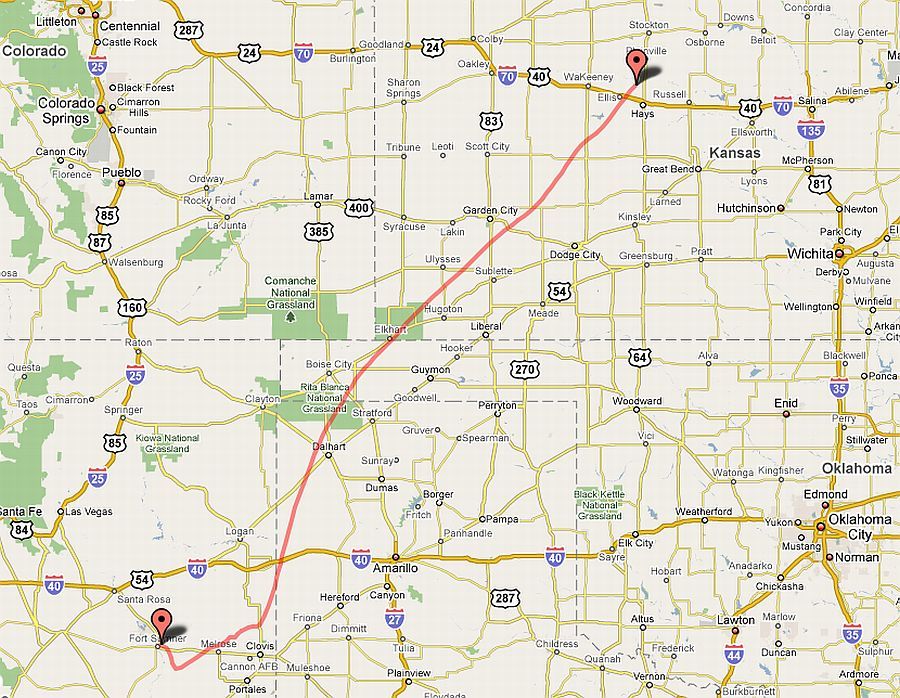 After four cancelled attempts due to weather conditions and one ground abort by a failure in a inflation tube, the balloon was launched by dynamic method with assistance of launch vehicle (Big Bill) on October 9 at 14:45 utc. After a nominal ascent phase, the balloon reached float altitude of 130.000 feet at 17:00 utc and started a Northeast flight path, crossing Texas, Oklahoma and drifting as far as Kansas. At right can be seen the complete trajectory of the mission (click to enlarge).

The flight was terminated from the chase plane at 23:35 utc using standard visual parachute separation procedures. The payload landed in a corn field located 36.5 nautic miles NE of the town of Hays in Kansas from where was recovered the next day.

The overall performance of the X-ray telescope including the CZT detectors was excellent. The scientific team accomplished all three main objectives, which were 1) to measure detector background rates and overall performance in near-space conditions; 2) to verify thermal, power, and overall detector functions, and 3) to obtain a first light image on a bright (> 100 mCrab) source. Background rates were stable over the flight. High-Z cosmic rays and subsequent charge-saturation did not upset the detector or FPGAs or computer systems.

During the short flight, the only available celestial source brighter than ~100 mCrab (detectable by the 256 cm2 wide-field detector in ~1 hour) was Cyg X-1 at the very end of the flight. About an hour observation of the source with stable pointing only for the final 10 min produced the detection at ~6.5º off the center of the field of view. The offset was due to a failure of the Differential Global Positional System (DGPS) system which required use of the uncalibrated onboard magnetometer for target acquisition.