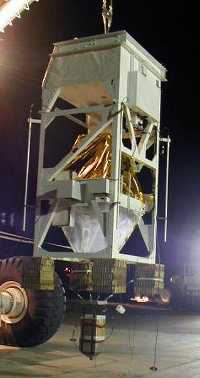 After a nominal launch, the flight went trough a float altitude of 33 km by 11 hours. At 17:25 was send the cutdown command. The landing was in a field just south of Farmington NM, about 250 mi NW of launch site.

All systems performed well with one exception: the elevation drive at the beginning of flight showed an anomalous behavior possibly due to the extreme low temperatures experienced during the ascent.

At float, SBI recorded a total of ~ 500,000 bolometric images during approximately 5 hours of observations.

The flight of SBI provided important engineering data to validate the space worthiness of the novel gold-blackened thermal array detectors, and to verify the thermal performance of the SBI's uncoated optics in a vacuum environment.