Balloon launched on 3/24/1991, from Cotopaxi Air Base, Latacunga, Ecuador 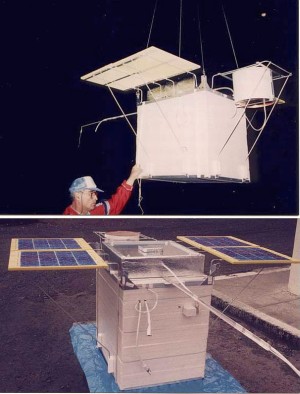