The main goal of the flight is to test NASA's trajectory predictions in Antarctica and also see how long and where the balloon goes. As part of the mission NASA invited BARREL to take part of the flights with a scientific load. The acronym stands for Balloon Array for RBSP Relativistic Electron Losses and is a multiple-balloon research program designed to study electron losses from Earth's Radiation Belts. The inititative is a NASA mission carried out at Dartmouth College that works in coordination with the Van Allen Probes mission (formerly known as the Radiation Belt Storm Probes mission).

The BARREL payload contains a single 3 inches high by 3 inches diameter NaI scintillator which provides a good compromise between energy resolution, detector efficiency and cost. The scintillator crystal is coupled to a photomultiplier tube (PMT) and signal processing electronics. The scintillator crystal, the PMT, a high voltage converter and a preamplifier, are all housed in a light-tight aluminum tube. The assembly is wrapped with a layer of mu-metal shielding to prevent Earth's magnetic field from modulating the PMT gain as the balloon payload rotates or swings. Mounted on a 42" long boom protruding from the external part of the gondola is a three-axis magnetometer which is used to identify magnetic activity, since ground-based magnetometers are often not available near the balloon locations in remotes areas. Time and positioning are provided by a GPS module. An onboard computer called Data Process Unit (DPU) acquires data from the X-ray spectrometer, magnetometer, GPS, and an engineering data interface. It outputs formatted data frames to an Iridium modem for downlink, and also controls the command-cutdown system.

For this flight -the 58th in BARREL's history- the scientific payload used was the same described above but with the addition of extra batteries, two lower solar panels and heaters in order to survive the longer nights expected for an ultra-long duration flight. Original plans contemplated two TRAVALB launches, one flown "earlier" in the season and the other "late". However, after several attempts and a failure during the launch of the first flight -which was finally aborted- only one mission was performed. 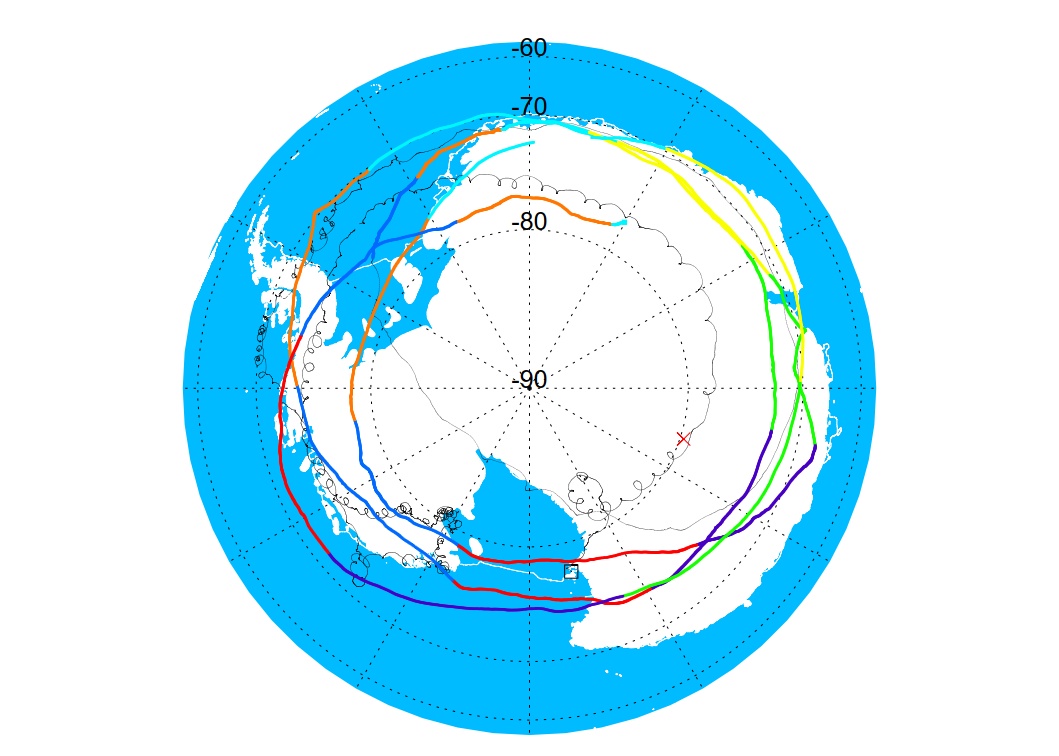