Balloon meant to be launched on 5/27/2022, from Wanaka Airport, Otago, New Zealand 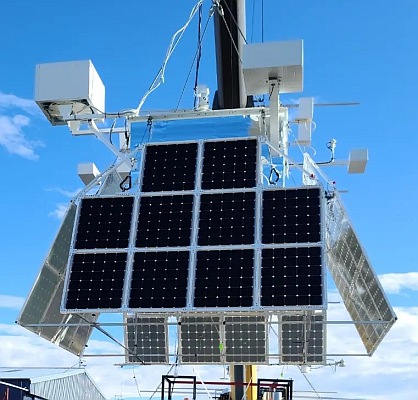 The NASA Super Pressure Balloon (SPB) is a pumpkin-shaped sealed structure that is filled with a measured and specific amount of helium lifting gas which always maintains a positive internal pressure in relationship to the environment it is floating in. The balloon is filled with an amount of helium needed to lift the entire flight system plus some extra gas to provide an upward force known as the free lift. Once launched, the balloon ascends but unlike occurs with conventional or so called Zero-Pressure (ZP) balloons when it reaches the desired float altitude, the extra helium is not vented off, but fills out the shape and pressurizes the balloon. This extra helium is enough to pressurize the balloon and also to over-pressurize the balloon to the design limits.

This flight, was meant to be the fourth one launched from Wanaka aimed to perform a long duration mission at middle latitudes. It carried no scientific experiments. The payload below the balloon (which can be seen in detail in the image at right) was a specially built square gondola fitted with instruments aimed to control and monitor the behaviour of the balloon in flight. Althought these instruments are similar to the ones used in conventional duration flights, longer flights require systems with higher reliability. It was composed by: flight control and data storage including redundant flight computers for telemetry, ballast, and terminate; communication systems for line of sight as well as long range satellite communications; other flight systems to support unique needs for the SPB flights including differential pressure measurements, environmental measurements, tendon loads and many more parameters; small and light weight camera systems with fixed focal length, pan/tilt/zoom and systems to obtain images from over the horizon; reliable solar power and charging systems.