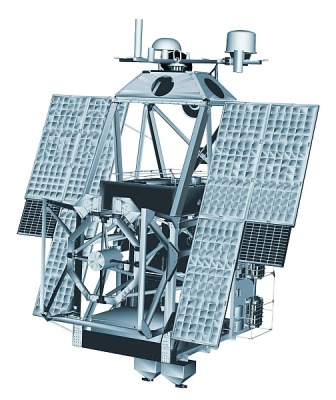 SUNRISE is a balloon-borne solar observatory dedicated to the investigation of the key processes governing the physics of the magnetic field and the convective plasma flows in the lower solar atmosphere. The instrument is the largest balloon-borne solar observatory ever flown. It was developed by an international consortium led by the Max Planck Institute for Solar System Research (MPS) and a huge collaboration of institutions from all over the world that included the Leibniz Institute from Germany, the Johns Hopkins University from US, the National Observatory of Japan, the Instituto de Astrofísica de Andalucía, Instituto de Astrofísica de Canarias and Instituto Nacional de Técnica Aeroespacial, from Spain and a partnergroup formed by Max Planck and UTN-FRM CONICET from Argentina.

SUNRISE is designed for operation in the stratosphere in order to avoid the image degradation due to turbulence in the lower terrestrial atmosphere and to gain access to the UV range down to 200 nm. By launching it from above the polar circle at solstice conditions, enables an uninterrupted view at the Sun for extended periods of several days.

At left, we can see a detailed scheme of the instrument in flight configuration (click to obtain a more detailed view).

The gondola developed at APL provides all the infrastructure necessary for the telescope and its post-focus instrumentation. Momentum wheels compensate for the pendulum motions of the gondola, communication devices allow for real-time commanding and data transmission during the flight. Attached to the balloon via a parachute it guarantees stable observing conditions and a safe landing of the scientific payload. The telescope with his 1 meter main mirror delivers the high-resolution solar images. Then the image stabilization and light distribution unit (ISLiD) corrects for residual image motion and distributes the light to the three science instruments:

SUSI (Sunrise Ultra-violet Spectropolarimeter and Imager) developed by MPS is a grating based spectropolarimeter aimed to explore the rich near-UV range between 300 nm and 410 nm which is to a large extent poorly accessible from the ground. A multitude of spectral lines combined observed at highest spatial and spectral resolution combined with the stability of the Sunrise III observatory will offer unique opportunities to study the coupling between the various layers of the solar atmosphere.

TuMag (Tunable Magnetograph) developed by a Spanish Consortium is an imaging spectropolarimeter delivering 2D maps of two different layers in the solar atmosphere, the deep photosphere and the chromosphere, at high temporal cadence (2 maps per minute).

SCIP (Sunrise Chromospheric Infrared spectroPolarimeter) developed at NAOJ will allow to measure the chromosphere using the well-known Ca infrared line, and combine the information with lines formed in the deep to upper photosphere.

The onboard computer (known as Instrument Control System, or ICS) controls and supervises all its functions, as well the storage of scientific and housekeeping data on the on-board data storage system. In addition, the communication system allows for real-time commanding of the observatory from the ground station and sends down thumbnail images to evaluate its performance during the flight.

The balloon was launched by dynamic method from ESRANGE, near Kiruna, Sweden at 1:42 utc on July 10, 2022 with the intention to perform a 5 days trans-atlantic flight towards north Canada. The ascent to float altitude was flawleslly, reaching ceiling at 122.000 ft without troubles. However, at 7:05 utc that same day, the flight was terminated. The payload separated from the balloon and landed in Swedish soil, 100 km west of the city of Kiruna merely six hours after launched. It landed in dry, roughed terrain but upright and with no apparent damage as we can see in the last image at right.

According to the brief press release issued by Media and Public Relations of the Max Planck Institute ''...During the flight, still unexplained irregularities occurred that made it necessary to end the mission. Sunrise III has come down on Swedish territory. A full investigation will follow...". A later communicate mentions that the problem was in the pointing mechanism of the telescope which was unable to track the sun, thus rendering the mission futile.