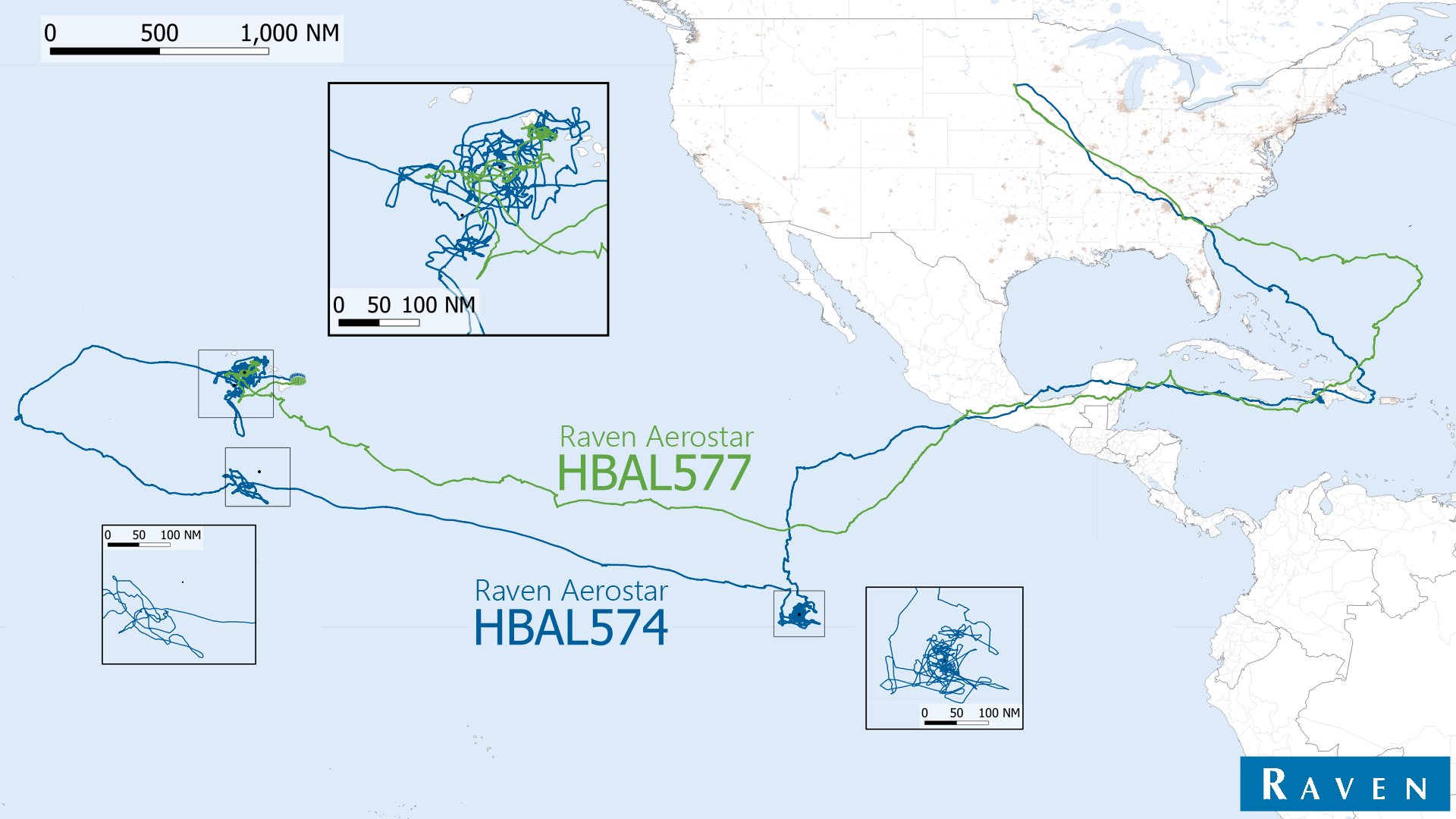 In the maps above we can see most of the flight track of the balloon since departure from South Dakota until arrival to Hawaii. Then in the map below is shown the portion of the flight when the balloon returned to the United States to the final landing spot in Kansas.