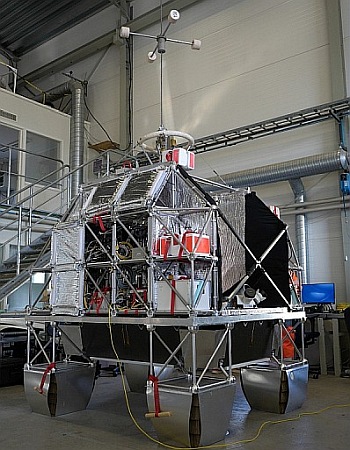 The objective of the mission was to perform several experiments in two different float altitudes. For this purpose, a CNES developed gondola denominated CARMENCITA was used. It is composed of a structure made of steel struts and balls with dimensions of 2.45 m x 1.85 m x 2.2 m. Total mass of the gondola is 190 kg being capable of transporting several payloads up to a mass of 410 kg.

The five experiments transported onboard were:

BERNADOTTE developed by Inserm Lyon an experiment aimed to test the impact of cosmic radiation on human cells at high altitudes.

MEDOR a technological experiment developed by the Centre national d'études spatiales (CNES) consisting of a retractable solar panel which will be located below the gondola.

The balloon was launched by auxiliary balloon method from ESRANGE at 22:00 utc on August 16, 2021. After an ascent of two hours a first ceiling of 32.6 km was reached which was maintained for over five hours. After that, a controlled descent was started at 3 to 4 meters per second to reach a new ceiling between 19.5 km and 18.5 km for another five hours. Landing site was located about 100 km east of ESRANGE.