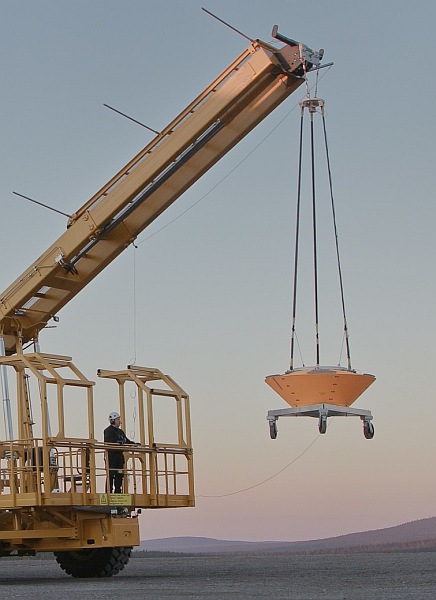 This was the second test of the 2021 series involving a 35-meter parachute made by Italian company Arescosmo, that will serve to slow down the entry of ExoMars descent module at subsonic speeds.

The balloon was launched by dynamic method from ESRANGE launch pad on June 25, 2021 at 4:17 utc. After a nominal ascent and once the balloon reached the expected area the drop was conducted with the release of the capsule from the balloon at 8:15 utc. In the test, the pilot parachute unexpectedly detached during deployment of the larger parachute, causing a tear. Despite the tear, the parachute still sufficiently decelerated the mockup of the descent module.