Balloon launched on 10/2/2019, from Winnemucca Municipal Airport, Nevada, US

Video of the balloon in flight 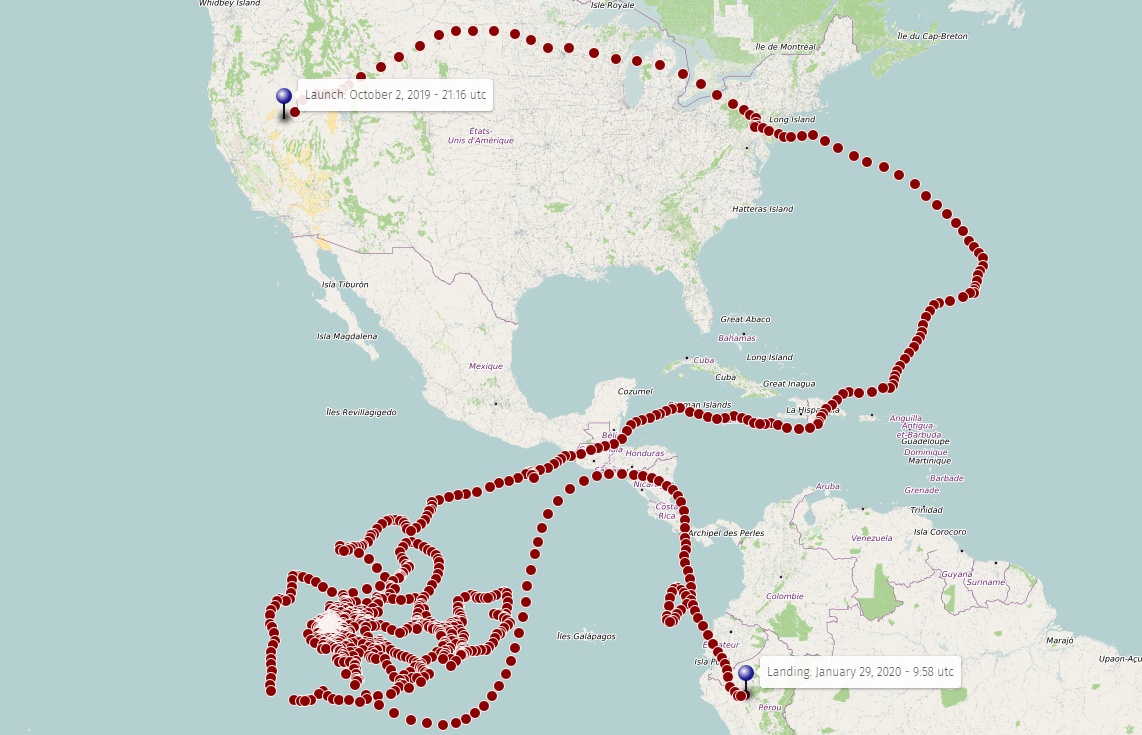