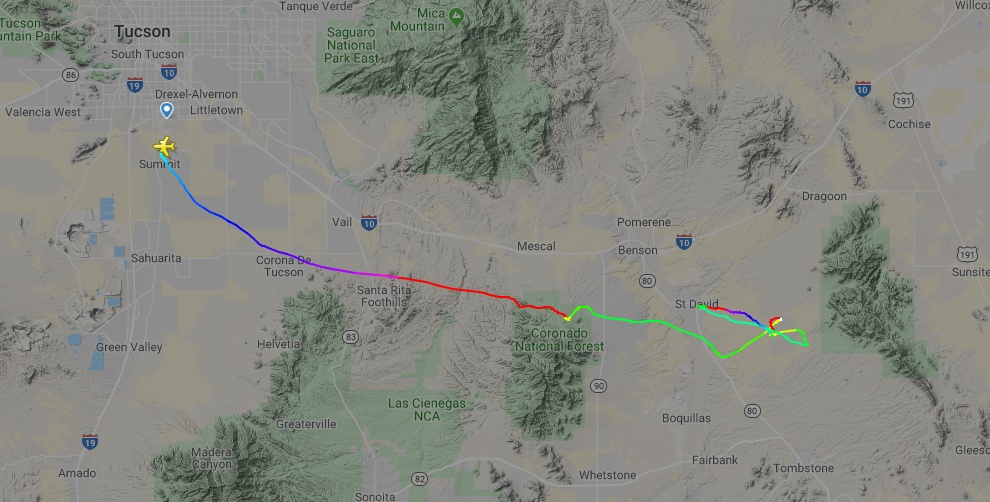 The balloon was launched on October 22, 2019 at 13:30 utc and landing was 14 hours later SSE of St. David, Arizona. Althought World View did not publish any information on the flight, my guess is that the mission was so short due to some kind of failure with onboard systems or probably due to a leak in the balloon. Judging by the image that shows the superpressure balloons inflated and in good shape, I estimate that the possible failure could be in the upper balloon responsible for providing upward lift.