Pico-SDLA (Spectromètre à Diode Laser Accordable) developed by the Division Technique of the Institut National des Sciences de l'Univers (DT-INSU) and the Groupe de Spectrométrie Moléculaire et Atmosphérique (GSMA). Is an IR open-cell spectrometer which measures water vapour and carbon dioxide, a tracer of the "age" of the air mass, measuring attenuation of a laser signal over short distances.

FLOATS (Fiber-optic Laser Operated Atmospheric Temperature Sensor) developed by the Laboratory for Atmospheric and Space Physics (LASP) , University of Colorado. An instrument that acquires air temperature profiles within a column 2 km deep, by measuring the temperature of an optical fiber (lidar) deployed underneath the gondola. 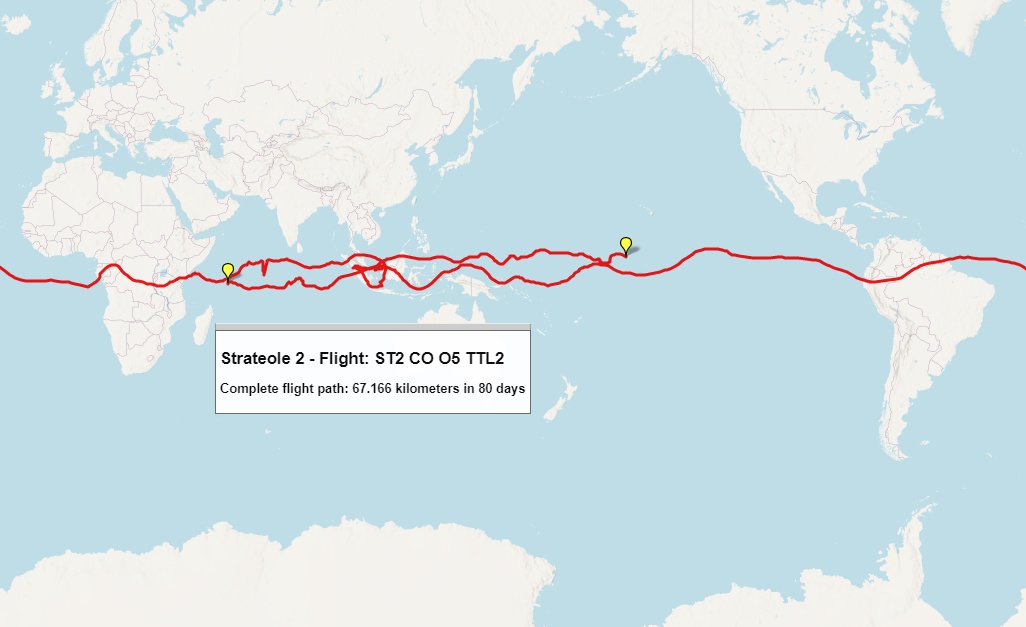