LOPC (LASP Optical Particle Counter) developed by the Laboratory for Atmospheric and Space Physics (LASP) , University of Colorado. Is a Laser based optical particle counter that reports aerosol size distributions from 0.25 to 10 µm, specifically designed for low particle concentrations in the stratosphere.

RACHuTS (Reeldown Aerosol, Cloud Humidity and Temperature Sensor) developed also by LASP and the US National Oceanic and Atmospheric Administration. A small gondola lowered and raised approximately five times per night under the payload gondola (down to 2,000 metres) that acquires profiles of water vapour and air temperature and pressure, and detects particles. The individual instruments for RACHuTS are a Lyman alpha hygrometer (FLASH-B), a backscattersonde (COBALD), and two temperature sensors. 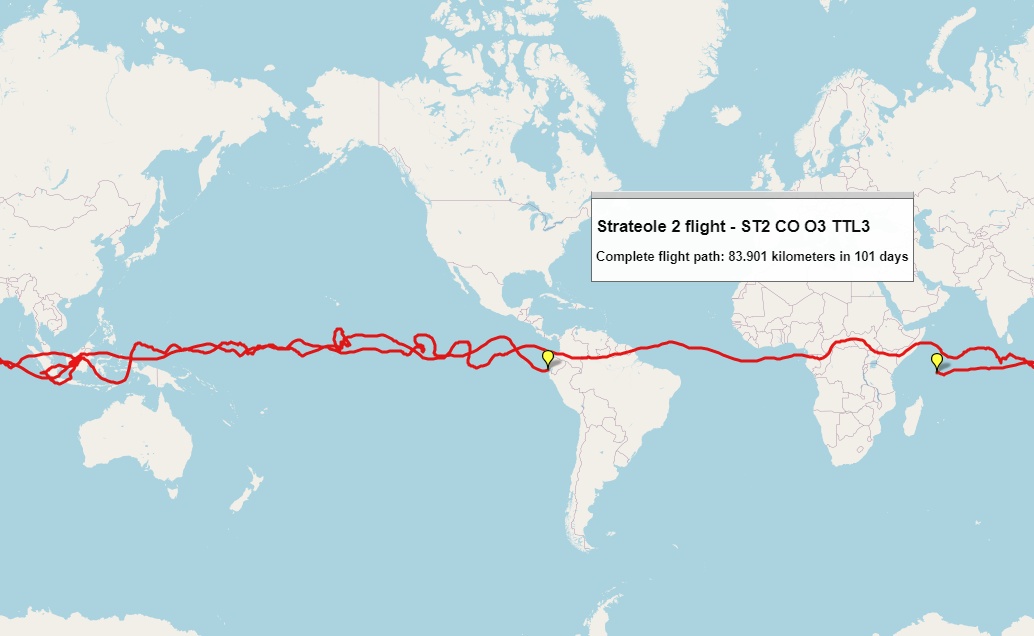