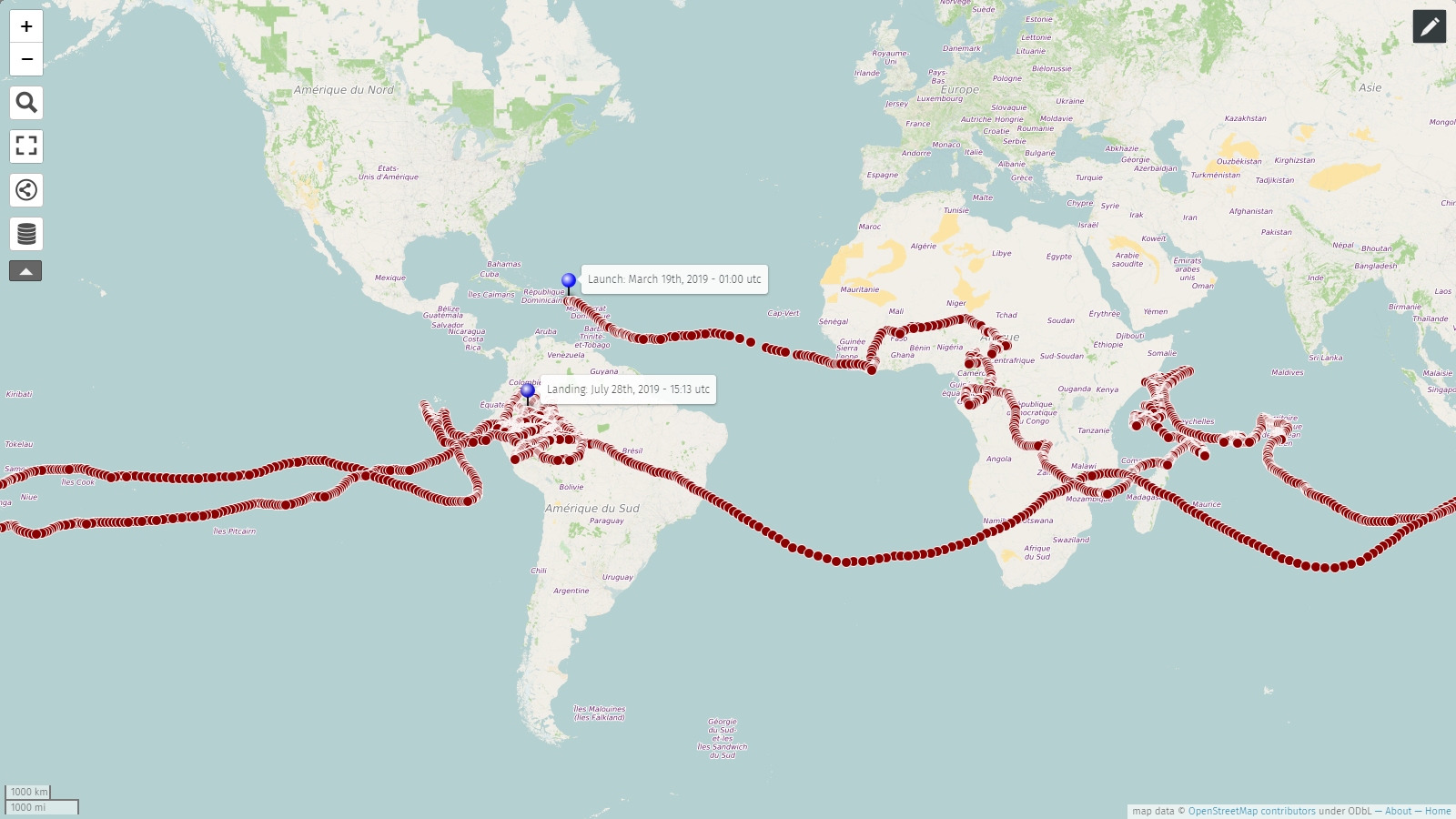 The balloon was launched from Jose Aponte de la Torre Airpot on Ceiba, Puerto Rico on March 19 at 1:00 utc and remained in flight 131 days performing two turns to the world. It landed on July 28, 2019 at 15:13 utc 23 km SE of Santa Clotilde, in Loreto department, in the Peruvian rainforest.