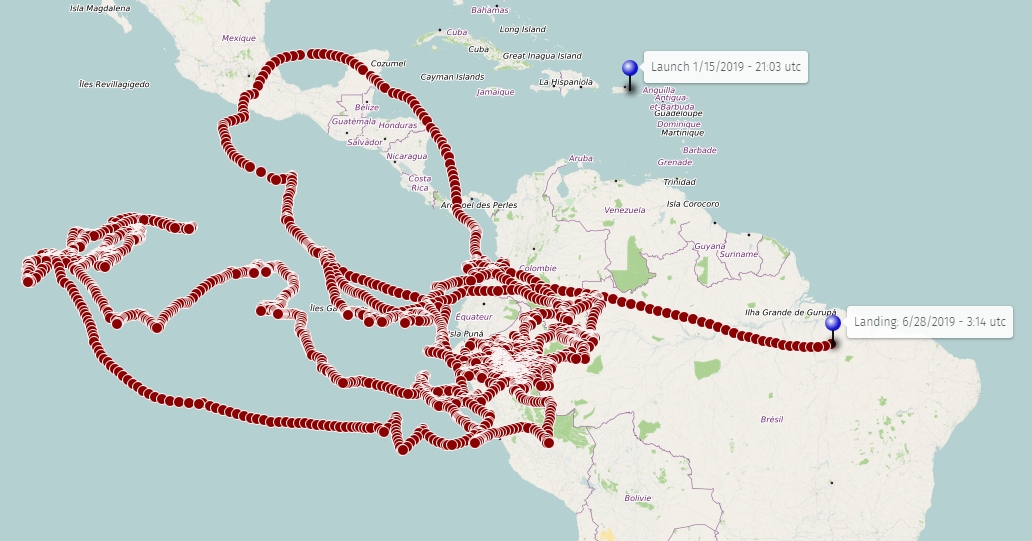 Landing occured at 3:14 utc in a rural area 45 km W of Ulianópolis, in Pará State. At right can be seen a map showing the last 80 days of flight of the balloon.