BITSE (Balloon-borne Investigation of Temperature and Speed of Electrons)

BITSE is the acronym of Balloon-borne Investigation of Temperature and Speed of Electrons in the corona. It is an optical instrument telescope-like called coronagraph which block the Sun's bright surface to reveal its faint, but very hot upper atmosphere called the corona. It was developed through a collaboration between Korea Astronomy and Space Science Institute (KASI) and NASA Goddard Space Flight Center (GSFC). The ultimate goal of BITSE is to explain how the Sun spits out the solar wind which is the stream of charged particles that constantly blows from the Sun's outer atmosphere, washing over the entire solar system. While scientists generally know where it forms, exactly how it does so remains a mystery.

BITSE is a technological demonstrator of a new way to study the solar wind. While standard coronagraphs capture the corona's density, BITSE also measures the temperature and speed of electrons in the solar wind to help understand the powerful forces that accelerate them to speeds of 1 million miles per hour. BITSE combine several important technologies. First, the instrument was constructed with a single occulting stage. Then, there was a special camera that captured polarized light. Typical coronagraphs use a wheel that cycles through polarizer filters -each oriented to different angles- and combine the images to get the polarized light. BITSE's polarization camera analyzed the observations pixel by pixel, making the process more reliable by reducing the number of moving parts. BITSE also counts with a filter wheel, which blocks out all the corona's light except for four specific wavelengths. The ratios of these different wavelengths provide scientists with the temperature and speed of electrons in the corona, measurements they can't obtain from the ground, even during an eclipse. An onboard thermal system ensures that BITSE doesn't get too cold during its ascent.

For this flight BITSE was mounted on a stabilized gondola developed at Goddard Space Center called the WASP (Wallops Arc Second Pointer). It provides during the flight the fine pointing to the sun and stabilization required for the mission. 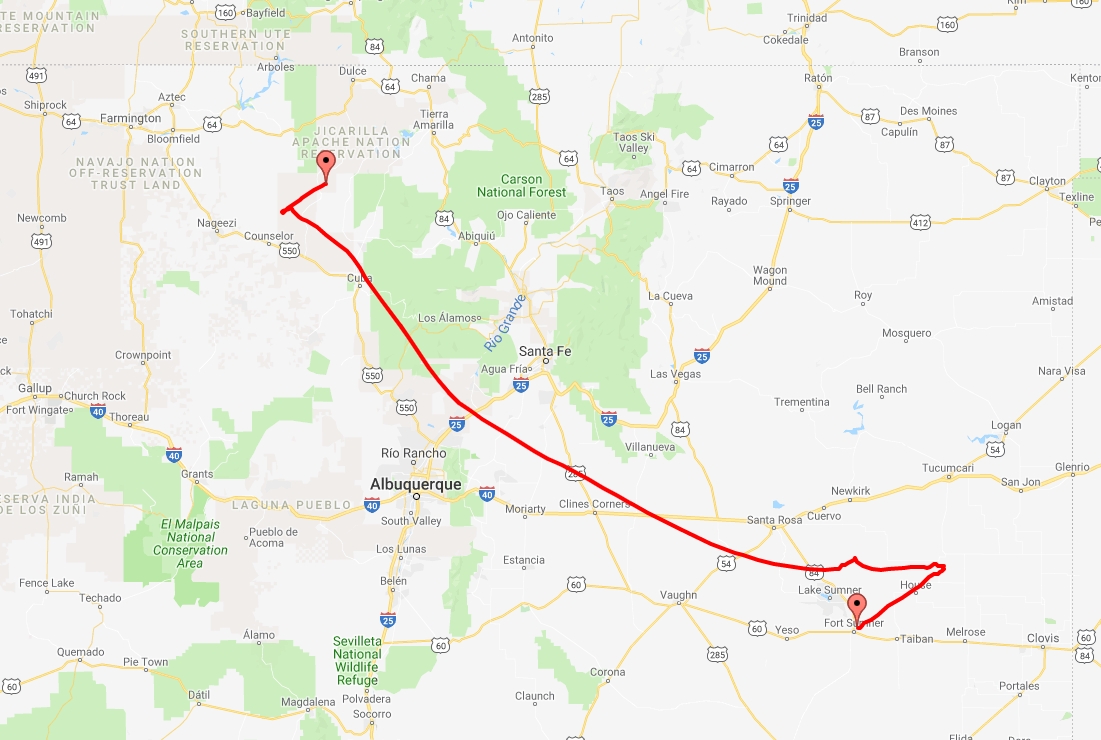 The balloon was launched on September 18, 2019 at 14:50 UTC. The balloon attained the float altitude at 17:40 UTC, after ascending for almost 3 hours. The aperture door of the instrument was opened at 17:50 UTC and after testing all functionalities, the observing period started at 18:45 UTC.

After an initial eastward excursion, the balloon moved in the northwest direction from Fort Sumner and passed between Santa Fe and Albuquerque. Towards the end of the observation, the WASP system failed, and the observations were stopped at 22:20 UTC. The balloon was cut down and landed in the Navajo Nation near Farmington, New Mexico at 00:35 UTC on September 19. The payload was recovered and trucked back to Fort Sumner two days later.