Balloon launched on 8/23/2018, from Timmins Stratospheric Balloon Base, Ontario, Canada

On the Canadian side, the experiments were:

Canadian Atmospheric Laser Absorption Spectroscopy Experiment Test-bed (CALASET) developed by the University of Toronto and the University of Alberta. It aims to improve an instrument that studies how trace gas concentrations in the atmosphere change with height. Scientists and students are developing a new capacity for validation of satellite limb observations and implementing a platform to test innovative atmospheric measurement technologies. This project is supported by the CSA's FAST funding initiative.

Power Distribution Unit and Battery developed by Canadian Space Agency with the collaboration of DPL Science Ltd. This modular subsystem consisted of a set of Li-ion batteries and a power distribution unit. It was developed to support payloads power requirements during STRATOS flights. Known as the STRATOS Power subsystem, this equipment provided power to the CALASET payload during the flight.

On the other hand, the European experiments were:

XENON an experience developed by L'institut de Physique du Globe de Paris (IPGP) aimed to obtain samples of Xenon and other noble gases from the atmosphere.

During this first mission, a environmental test of the gondola was conducted in flight as well on two instruments: the BOLDAIR radiometer and the BeCOOL lidar, both developed at LATMOS. 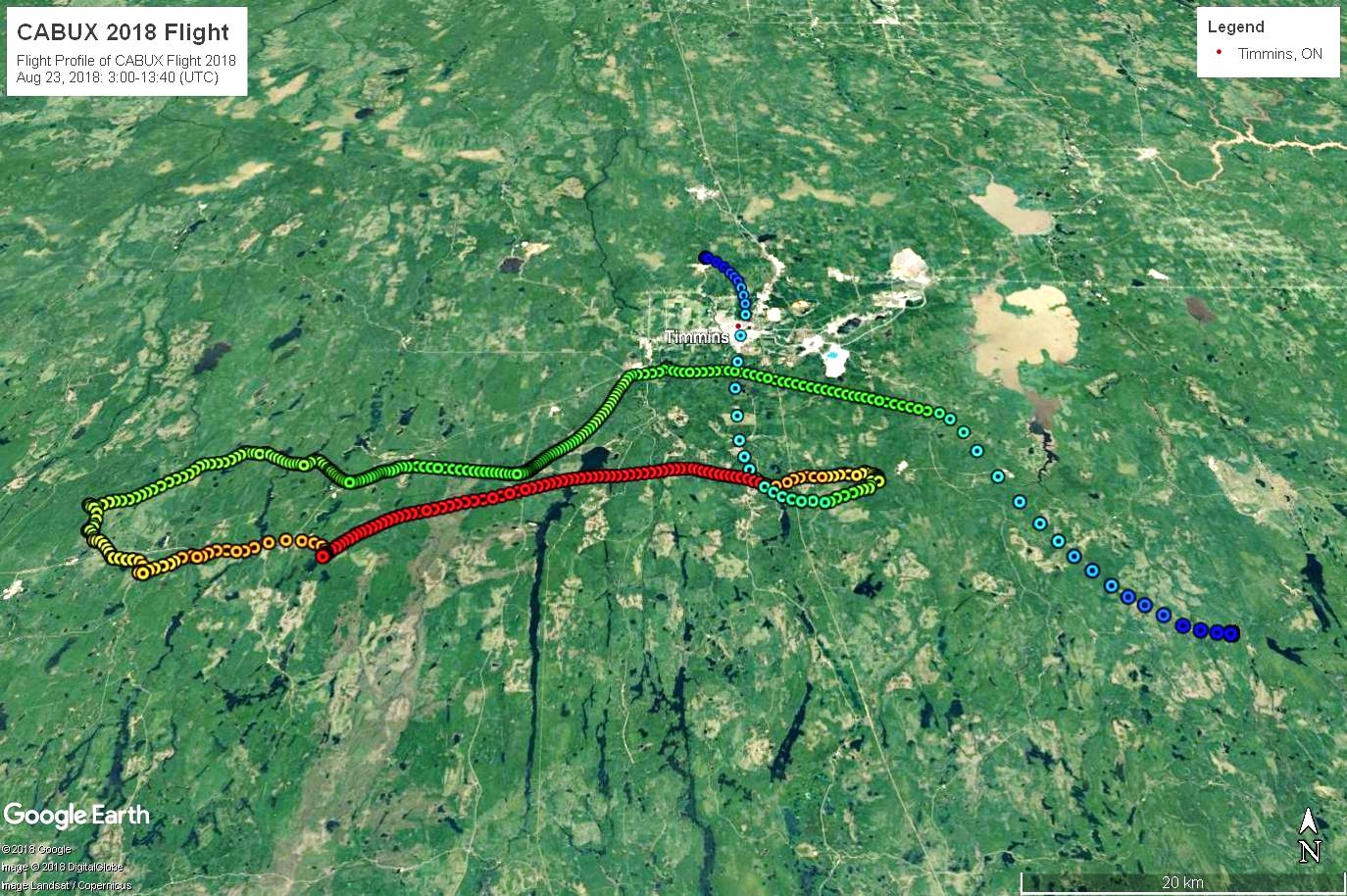 The balloon was launched as mission Nimbus-4 at 3:00 utc on August 23, 2018 from the Timmins Stratospheric Balloon Base in Ontario, using the auxiliary balloon method. After a nominal ascent phase the balloon reached float altitude of 32.8 km and after a while the valves were activated to perform a slow descent until reaching a new level flight at 20 km, two hours before the sunrise. At left we can see a map showing the flight path of the balloon.

The second flight level was maintained until termination, allowing the balloon to stay at the same height on which will drift move one of the experiments onboard CABUX that will take part of a series of long duration flights in equatorial regions as part of the Stratéole 2 campaign.

Total flight time of the mission was 11 hours and 6 minutes, and the landing site was located 50 kilometers southeast of Timmins, Ontario.