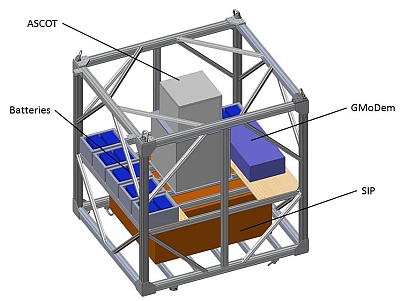 ASCOT stands for Advanced Scintillator COmpton Telescope and is a prototype Compton telescope designed to operate in the MeV gamma-ray band. The objective of the ASCOT project is to demonstrate new detector technology in a near-space environment by imaging the Crab Nebula at energies of ~0.3 - 2 MeV. ASCOT uses modern fast scintillator detectors (p-terphenyl as scatterer and Cerium Bromide -CeBr3- as calorimeter) read out by silicon photomultipliers (SiPMs). This enables time-of-flight background rejection in an efficient, compact instrument with good energy resolution.

The telescope consists of two D1 layers (p-terphenyl) and one D2 layer (CeBr3) separated by 15 cm. Smaller separation increases both the effective area and the field of view. Each detector module consists of an 8 x 8 array of scintillator elements (each of which is 15 x 15 x 25 mm3). Scintillator array is read out by an 8 x 8 SiPM array (composed of 8 x 8 array of 2 x 2 SensL SiPM subarrays). Each detector layer consists of a 2 x 2 array of detector modules. The instrument is held, pointed at the zenith, in the center of a gondola frame made of 8020 extruded aluminum T-slot elements. The batteries are mounted on the gondola deck next to the ASCOT telescope, as is a piggyback instrument, the Gamma-ray Module Demonstrator (GMoDem) developed by University College Dublin, Ireland as part of the developmental work towards a future satellite. The CSBF Mini-SIP package is mounted below. Attitude knowledge is provided by the ADU5 GPS compass. No attitude control is necessary.

ASCOT is part of an evolutionary technological development that started in 2011, with the flight of the FACTEL instrument which demostrated that a liquid organic scintillator scattering layer and a LaBr3 calorimeter effectively rejected background under balloon-flight conditions using time-of-flight (ToF) discrimination. A second step came in 2014, with the launch of SolCompT showing that a telescope using an organic stilbene crystal scattering element and a LaBr3 calorimeter with SiPM readouts was able to achieve similar ToF performance. The future aplication of the technology tested includes the fields of astrophysics, heliophysics, and planetary science for compact, low-mass gamma-ray and neutron instruments (e.g., CubeSats, SmallSats, landers). 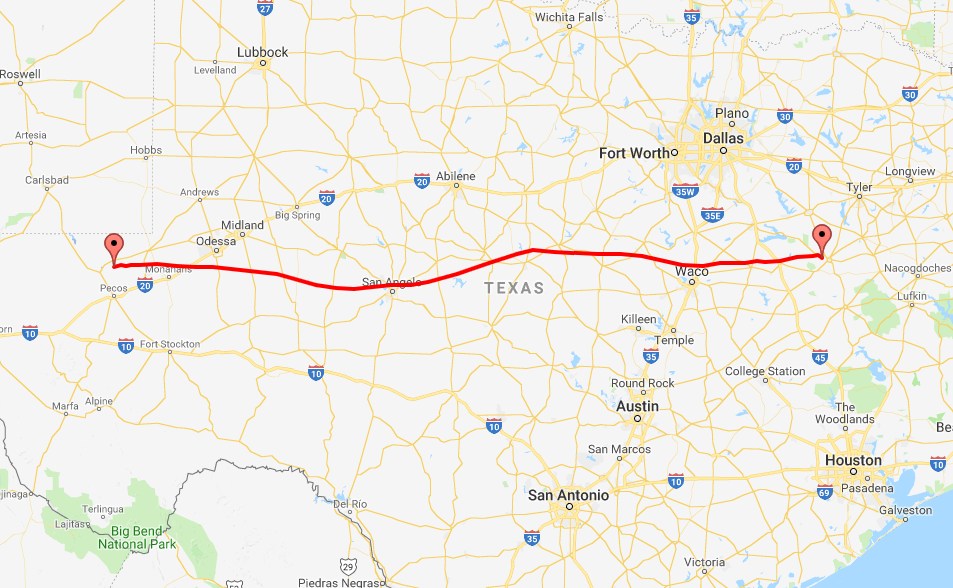 During the flight, the instrument operated as expected. Five hours of data at float were obtained.