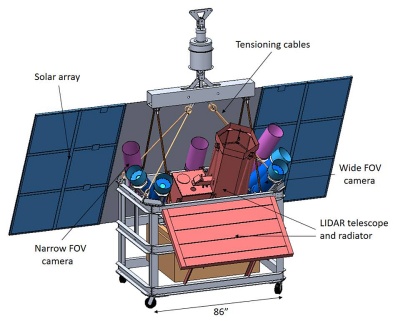 PMC-Turbo was a balloon-borne experiment aimed to study atmosphere dynamics and turbulence in the mesopause region using Polar Mesospheric Clouds (PMCs) as tracers.

A set of seven NASA funded cameras were used to obtain images of PMCs (also called Noctilucent Clouds, NLCs) at very high resolution of 3-8 meter per pixel, making it possible to resolve turbulent structures at scales of less than 20 meters. While the narrow field of view cameras provided most details, overlapping wide field cameras provided the context for interpretation of the high resolution images. This unique combination allowed tracking of features covering four orders of magnitude in spatial scale (~10 m to 100 km). The images will therefore reveal not only small-scale structures, e.g. turbulent eddies, generated by breaking gravity waves, but also signatures of the primary waves, allowing the quantification of processes which cause wave breaking and transition to smaller scales.

A second main experiment of PMC-Turbo was a high resolution lidar developed by the German Aerospace Center (DLR) Institut für Physik der Atmosphäre called BOLIDE (Balloon Lidar Experiment). It was the first attempt to fly a mesospheric lidar system on a stratospheric balloon. Aimed at 28 degrees of zenith, the lidar provided backscatter profiles of PMCs at very high vertical resolution of 3 meters as well as precise altimetry of the cloud layer. In addition, the molecular backscatter signal of the upper stratosphere and mesosphere was used to retrieve temperature profiles from the mesopause down to approximately flight level wich helped to characterize the gravity waves entering the PMC layer from below.

At left we can see an scheme of the gondola with the different instruments mounted. There are seven independent camera systems on board the gondola, each housed in its own pressure vessel. Three cameras are attached to the outer frame of the gondola to the left and right of the lidar, respectively. The seventh camera, which is the central narrow field of view camera, is located behind the lidar near the center of the gondola.

A liquid cooling system is primarily used for cooling of the laser head and electronics. At float glycol is pumped through a radiator to radiate the waste heat into space. The lidar telescope occupies the central spot in the gondola next to the lidar pressure vessel. Because the field of view of the telescope is rather small (approximately 0.2 mrad), the telescope has to be firmly attached to the lidar pressure vessel in order to minimize the chance for misalignment during the balloon flight.

The battery boxes contain four 28 volt rechargeable lithium batteries. The batteries supply power to the experiments during launch preparation and ascent when the solar array is not oriented towards the sun. After reaching 90,000 feet the NASA rotator points the solar arrays towards the sun for maximum power generation while the optical experiments (cameras and lidar) remain in the shadow produced by the solar arrays. The orientation is critical because all the waste heat generated by the lidar is dumped into space using a radiator which works properly only if it is facing away from the sun.

The suspension system connects the gondola to the rotator and also serves as a mount for the antenna boom (see images at right). It consists of a triplate (attaches to the rotator with a single large bolt), a box beam to spread the load, and four rods as well as four cables. All communication antennae (NASA TDRSS high gain antenna, TDRSS omni directional antenna, Iridium Pilot, GPS and GPS compass) are mounted on the 22 feet long antenna boom on top of the box beam, which is also the highest point of the gondola and thus allows almost unobstructed communicating with satellites. The flight computer sends a telemetry frame over the satellite links every two seconds, containing critical information on all sub systems, e.g. temperatures, voltages and currents of the different power buses, timestamps, and information on whether systems are switched on or off, as well as their configuration. All of the science data is stored onboard on two redundant SSDs because the bandwidth of the satellite links is not sufficient for immediate transmission to the ground.

The suspension system and antenna boom are quite heavy, but with all bolts installed and the cables tightened the suspension system becomes rigid which is especially important during landing, to avoid rotator would smash into the gondola damaging the science instruments. The SIP (Support Instrument Package) which houses the NASA flight computers and communication electronics is bolted below the gondola. 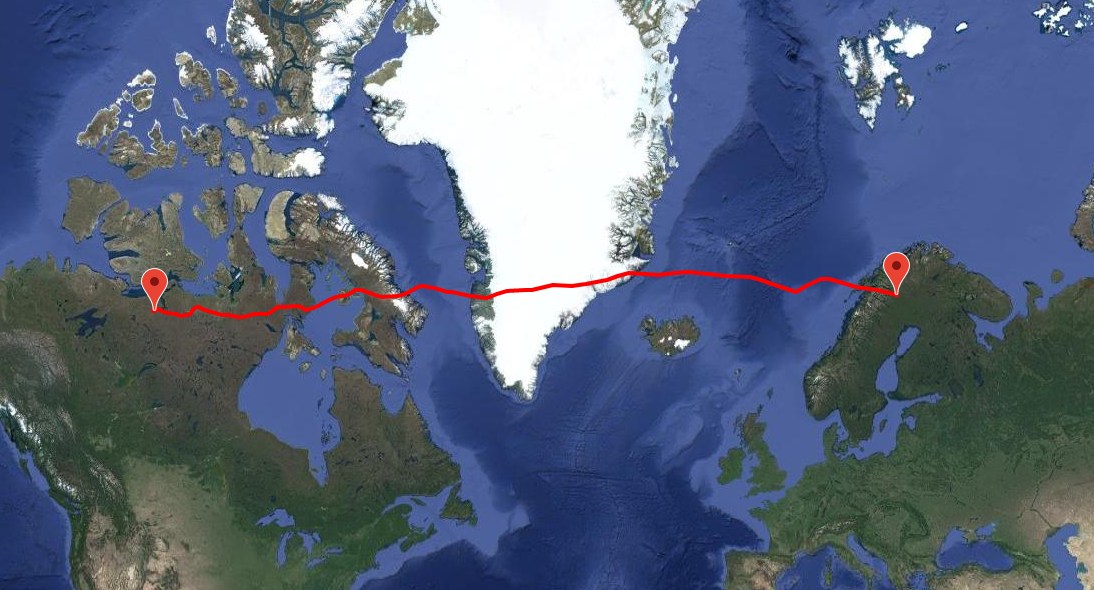 After 5 previous launch attempts, the PMC-Turbo balloon was launched by dynamic method on July 8th, 2018 at 7:27 utc. Although the payload experimented some telemetry issues during the first hours of climbing, the lidar was switched on at 90.000 ft and the beam was successfully acquired shortly after. 8 hours into the flight the balloon, moving West at 20 knots/hour and floating at 127.000 ft cleared the Norwegian coast over Lofoten archipelago entering the Atlantic Ocean. Once the first day at float was completed, was performed the handover of balloon operations to the control center in Palestine, Texas, just before ESRANGE lost the line of sight connection.

Moving west, the balloon reached Greenland on July 10th and cleared it on July 11th. After crossing the Davis Strait, it overflew Baffin Island to finally reach the northamerican continent over Nunavut, Canada. From that moment on, the CSBF team was in search of a suitable place to land the payload avoiding lakes, rivers and populated areas.

Finally, the gondola was separated from the balloon at 4:47 UTC on July 14th, 2018. The squibs cut the steel cables which connected the payload and parachute to the balloon, sending the payload on a free fall to ground. A maximum downward velocity of about 60 m/s was recorded by the onbard sensors before the parachute slowed the payload down to a speed of roughly 4 m/s on impact.

The gondola touched ground at 5:36 utc at coordinates 66°46'48.4"N 109°22'16.0"W, that is west of the small settlement of Bathurst Inlet and aproximatelly 300 nautic miles NNE from Yellowknife. The gondola landed upright and on dry land with no damage. Once in the ground the parachute was separated from the payload in order to avoid the gondola being dragged on ground should a wind gust inflate the parachute again.