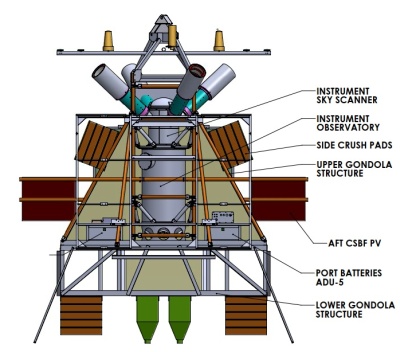 At left can be seen an scheme of the instrument (click to view in detail).

The instrument measures four meters and weighs about 720 kilograms. Inside the central body -in an environmentally sealed pressure vessel- are located the different elements of the interferometer which form the optical bench: the lenses, an etalon chamber, the filter wheel and a CCD. The cylindrical body is covered by reflective space blankets during flight to provide protection from the extreme thermal environment that exists in the stratosphere. Near the top of the instrument, four light port tubes pointed upwards allow light measurements to be taken in four directions simultaneously to determine wind velocity and direction. The tubes are oriented at an elevation angle of 50º from the horizon to look at wind velocities well above HiWind's flight altitude.

The solar panels are continuously positioned to face the Sun during flight to provide power and shade critical areas of the instrument from intense solar radiation. A large radiator at the rear allowed precise thermal control of sensitive components inside the payload.

Pointing information is provided via differential GPS and a sun detector developed by NASA to drive a motorized rotator located between the payload and the balloon. 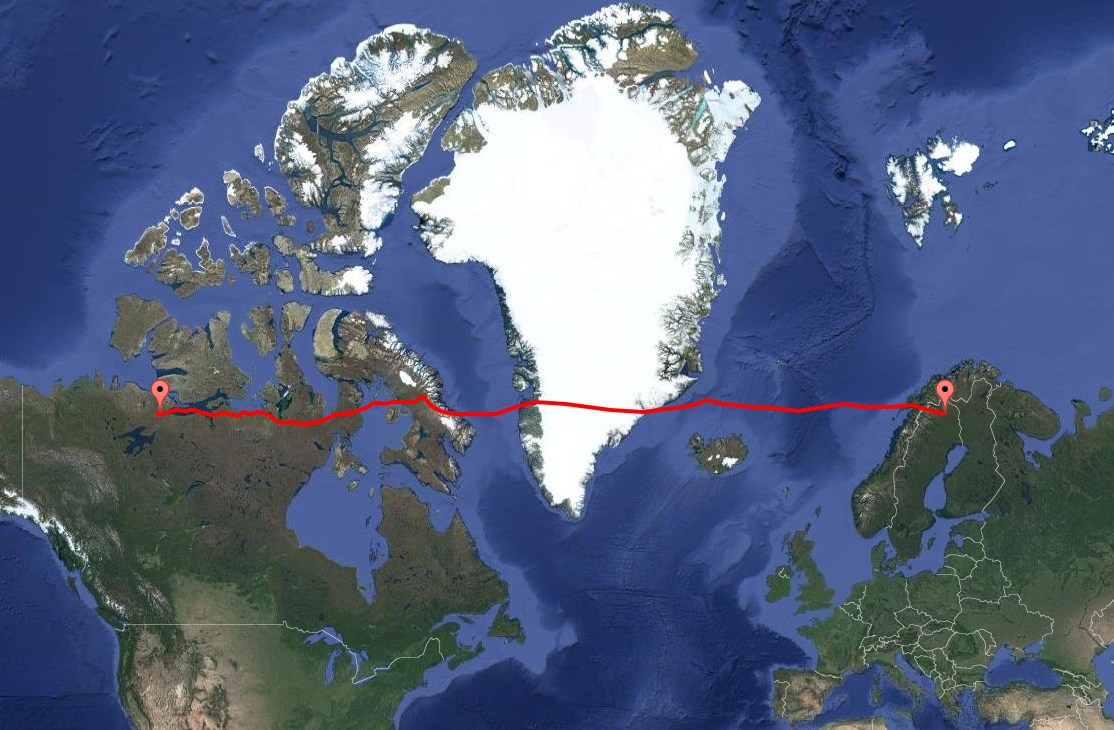 The balloon was launched by dynamic method, after repeated postponements due to unfavorable weather conditions, on Sunday, 24 June 2018 at 22:30 utc. After reaching float altitude of 127.000 ft, the balloon and it's payload moved westward in a more or less straight line across the Atlantic Ocean. Two days into the flight, it completed the crossing and started to fly over Greenland.

Finally, on June 30, after reaching a suitable zone in the Northwest part of Canada for landing the mission was terminated. The separation command was sent from the Operative Control in Palestine, Texas at 13:53 utc. and the landing occured aproximatelly 45 minutes later near Kugluktuk, in Nunavut territory.

Total flight time for the mission was 5 days, 16 hours and 13 minutes.

This was the second scientific flight of the instrument