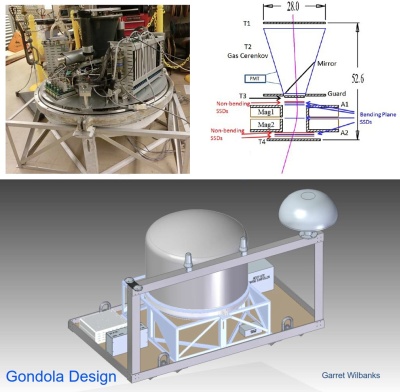 AESOP-Lite is the evolution of two instruments: LEE (Low Energy Electrons) and AESOP (Anti-Electron Sub Orbital Payload) both devoted to the study of cosmic ray electrons. LEE was originally developed by the University of Chicago in 1968 and operated by the Bartol Research Institute since 1984 while AESOP was built to complement LEE's observations by also determining the charge sign of the electron. Both instruments were flown together on balloon missions since 1997. The AESOP-Lite instrument is a simple magnet spectrometer which inherited some of its components from the LEE telescope. At left we can see an scheme of it and its gondola. It's primary objective is to search for the origin of low-energy in the electron spectrum between 10-300 MeV answering two fundamental questions: what causes the negative slope of the spectrum below 100 MeV and what is the source of these low energy electrons. A secondary objective is to measure the time variation of electrons and positrons magnetically trapped in the geomagnetic field.

AESOP-Lite counts with 3 scintillators (T1, T3, and T4) which are used as the online trigger signal, one scintillator (guard) used offline as a anticoincidence signal and a Cherenkhov threshold detector (T2) filled with C3F8 gas for hadron and backward particles identification. To obtain a full 3D view of the particle trajectory, AESOP-Lite counts with a magnet spectrometer and silicon strip detector trackers. The magnet spectrometer is based on dual "ring dipole" permanent magnets using the Halbach design, allowing the placement of a tracker plane at the center of the magnetic field to optimize resolution without requiring complex wiring to the detector. The tracking system is composed of seven planes of silicon strip detector trackers, 4 in the bending plane, 3 in the non-bending plane. Each strip is connected to 12 front-end chips, with 64 channels each, adding up to 768 channels per board. The system was developed at University of California, Santa Cruz (UCSC) originally for the Fermi/LAT satellite instrument. However, it has been reused for multiple experiment such as the Proton Computer Tomography scanner (pCT), and now AESOP-Lite.

AESOP-Lite is housed inside a pressure vessel insulated with polyurethane and mounted in a frame gondola that also serve of support for the NASA telemetry/Telecommand system (SIP), iridium antennas, electronics, solar panels and ballast hopper. 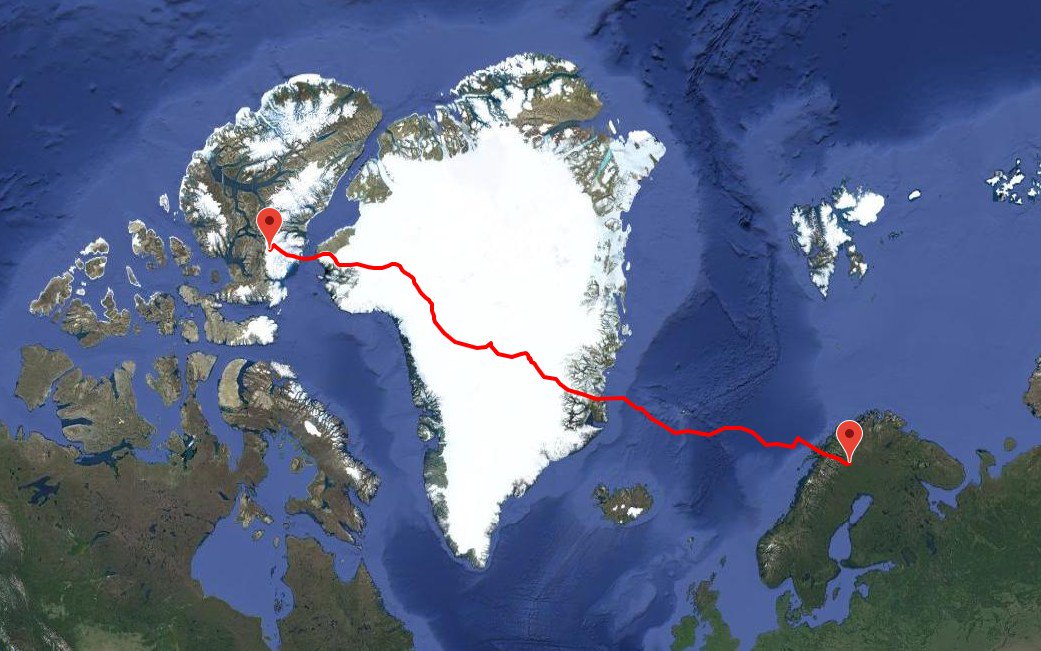 The balloon was launched by dynamic method about 22:00 utc on May 15, 2018 after two previous attempts to launch it were cancelled due to uncooperative weather. Once released the balloon ascended to the nominal float altitude of near 135.000 feet and moved to the west, crossing Sweden and then Norway. On May 16 at 13:15 utc the balloon cleared the coast of Norway, and started it's flight over the Ocean. By that time, was evident the very unusual path it will took during the entire trip as it moved in a Northwestern path instead of the usual western path followed by the previous 11 missions that performed the same route from ESRANGE to Canada since 2005.

During the next days, the flight progressed well crossing the North Atlantic, and overflying Greenland between May 19 and 21. During this part of the trip the balloon suffered some altitude drops but nothing serious, probably due to the low temperature of the surface it was flying over or some cold cloud coverage below its path. Five and a half days into the flight the balloon cleared the western coast of Greenland and crossed the Kane Basin towards Ellesmere Island, the most northerly point of land in Canada. A few hours later, at 14:15 utc on May 21, the flight was terminated over the island and the payload landed at coordinates 78°23.89 N by 80°48.32 W in a point located SE of Eureka.

The payload was located in good shape in a glacier on the southeastern part of the Ellesmere Island. By May 29 it was recovered and transported to Yellowknife, from where it was sent back to the United States.