Balloon launched on 9/26/2016, from Naval Air Station Tillamook, Oregon, US 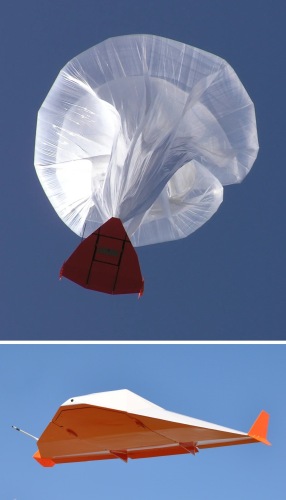 The objective of the flight was to test a high-altitude glider to help evaluate how advanced surveillance technologies could be used to track winged vehicles returning from space.

The balloon was launched by Near Space Corporation from the Jhonson Near Space Center in Tillamook, Oregon on September 26, 2016. Once the balloon carried the glider to an altitude of 70.000 ft a radio signal from the ground released it. The vehicle followed a preprogrammed glide path, under the close supervision of a chase plane, until a pilot on the ground directed the drone in for a safe landing on the runway at the Tillamook airport.