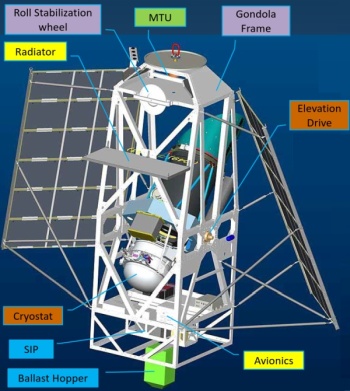 STO-2 (Stratospheric Terahertz Observatory - II) was a NASA-funded long duration balloon experiment designed to trace the phases of the interstellar medium, which is the gas and dust between the stars. This gas and dust follows a life-cycle that can be traced with atoms such as carbon, nitrogen, and oxygen. These elements radiate in the terahertz (THz) region of the electromagnetic spectrum, which is the region between microwaves and infrared, hence the name Stratospheric Terahertz Observatory. The STO-2 instrument was specifically designed to look at the star forming phase of the interstellar medium. The STO-2 program was led by the University of Arizona, and counted with an extensive list of collaborating institutions which includes Johns Hopkins University Applied Physics Lab., the NASA AMES Research Center, the Jet Propulsion Laboratory, Oberlin College, the University of Maryland and the Delft Space Institute from Netherlands

At left we can see an scheme of the instrument (click for more details). The instrument used the same telescope that Johns Hopkins University Applied Physics Laboratory (APL) has previously employed for its successful Flare Genesis Experiment back in the 1990's decade. Same occurs with the gondola inherited from the APL which was originaly used for the Flare Genesis and Solar Bolometric Imager balloon programs. The main detector installed on the focal plane of the telescope was a high spectral resolution heterodyne receiver system, used in the previous version of the instrument (STO-1 flown in 2012) but upgraded for extended cryogenic lifetime, enhanced sensitivity, and greater reliability. A second detector is an uncooled, Schottky receiver.

The technique used by the instrument is called heterodyne detection and it mixes two signals near the same frequency to provide extremely high spectral resolution. The high spectral resolution is important because it enables to look at the Doppler shift of the sources, which can be used to calculate the physical properties of the cloud in order to provide a better understanding of the star-formation process. 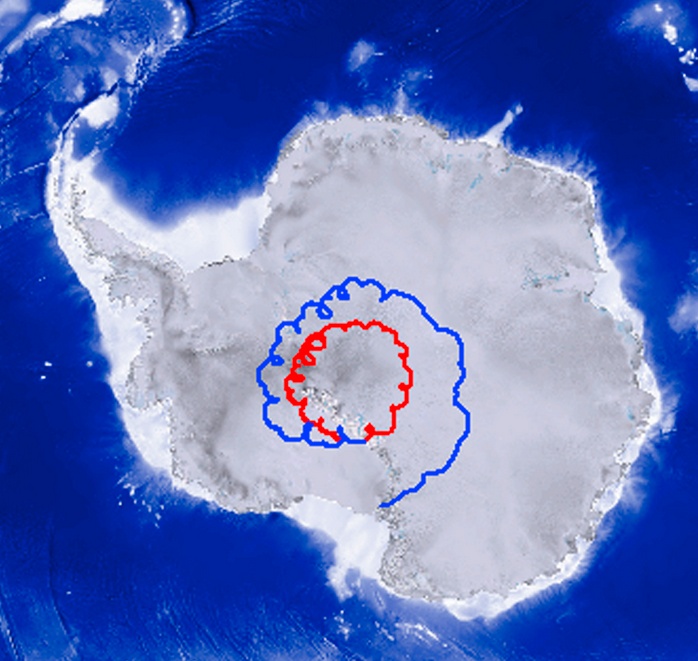 The balloon was launched by dynamic method at 20:53 utc on December 8th 2016 from the Long Duration Balloon camp in Williams Field Airport, near McMurdo Station, Antarctica. After a nominal climb phase to float altitude it reached it's maximum height at 1 AM on December 9th. Althought there were some altitude drops larger than usual during the initial days of the flight, the balloon recovered well and performed two full circles, moving in an anticyclonic path around the south pole at an altitude of 39 km.

Once the scientific portion of the flight was completed and a good place to land the payload was selected the mission was terminated at 20:00 utc on December 30th, 2017. After separation from the balloon, the instrument landed some 340 nautical miles NW of McMurdo, in a site located at the other end of the Ross Ice Shelf, at the opposite edge of which is located the American base.

The instrument was recovered and returned to McMurdo on January 10 by people of the South Pole Traverse, a resupply caravan composed by several snow tractors pulling specialized sleds which each year since 2005 deliver fuel and cargo to the South Pole Station and back.