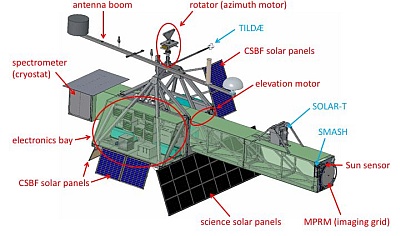 GRIPS is the acronym for Gamma-Ray Imager/Polarimeter for Solar flares a balloon-borne telescope designed
to study solar-flare particle acceleration and transport. Science goals of the instrument are aimed to answer some fundamental questions like what causes the spatial separation between energetic electrons producing hard X-rays and energetic ions producing gamma-ray lines; how anisotropic are the relativistic electrons, and why can they dominate in the corona and how do the compositions of accelerated and ambient material vary with space and time, and why.

Complementarily, the GRIPS mission carried onboard three piggyback instruments. The first two had scientific goals related to the GRIPS ones: SOLAR-T aimed to observe the full-disk Sun at 3 and 7 THz with high sensitivity and sub-second time resolution using Golay cell detectors placed at the focus of two 7.6 cm Cassegrain telescopes and SMASH a technological demonstration of a new miniaturized hard X-ray (HXR) detector for future use on CubeSats and other small spacecraft. These payloads were developed by the Mackenzie Presbyterian University in Brazil, and the Southwestern Research Institute of New Mexico, respectively and were mounted on the telescope boom to ensure that they would be continuously pointing at the Sun during the long-duration flight. The third piggyback instrument was TILDAE an experiment developed by the NCAR, ENS Lyon, and the Universities of Delaware and Berkeley, which encompassed a sonic anemometer to measure the propagation time of sound waves, to infer wind velocity and air temperature at a 200 Hz cadence.

Video footage of the launch and recovery efforts 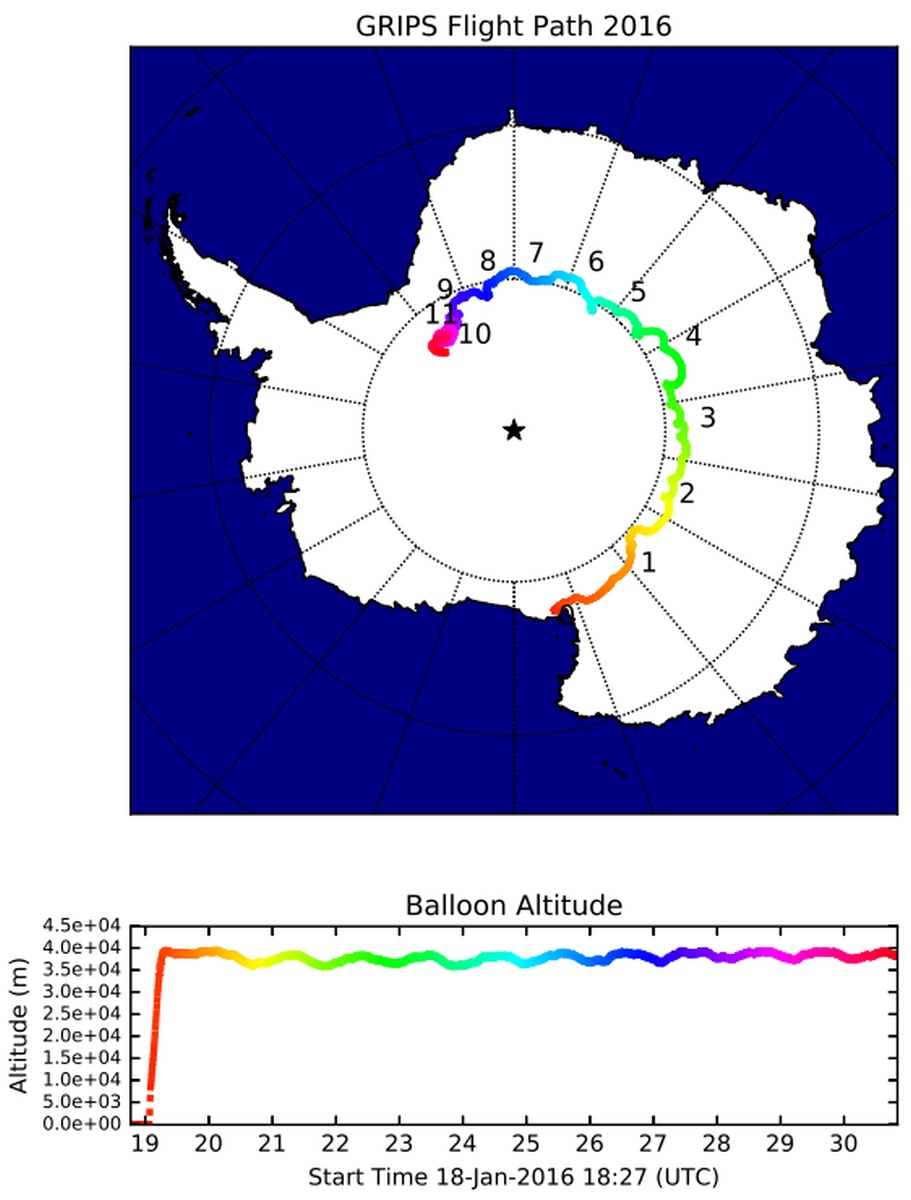 The balloon was launched by dynamic method at 1:41 utc, on January 19, 2016 and after about 5 hours of ascent, the balloon reached a float altitude of 39 km starting the usual anticlockwise pattern marked by the polar vortex wind currents. The map at left shows the balloon flight path around the Antarctic continent.

The late date on which was performed the mission (the latest launch performed by NASA in an Antarctic campaign since the inception of the program in 1989), only allowed to make a single short trip to the landing site to extract the data vaults onboard, delaying the rescue operations of the instrument to the following summer. This was because the low availability of planes in Antarctica at the time which were focused on performing the retrograde operations of evacuating personnel from remote bases as the end of the season approached. The remainder of the structure was left for almost a year in the Antarctic plateau and was succesfully recovered in the next summer campaign.