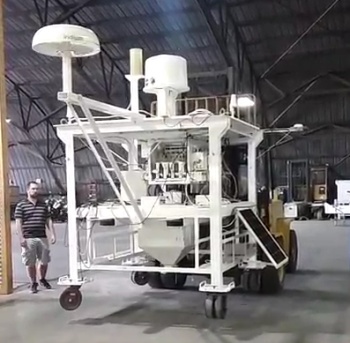 The primary objective of the mission was to validate a new balloon film as well to perform in-flight tests on several systems to be used in long duration balloon (LDB) flights. For this purpose a technological square gondola built by Columbia Scientific Balloon facility was used as we can see in the picture at left. Among the items tested during the flight were a new solar power system and a new rotator used to orient payloads.

The last two experiments were payloads devoted to record acoustic signals from three large explosions performed at the Energetic Materials Research and Testing Center (EMRTC) facility outside Socorro, New Mexico. The timing of the explosions was coordinated with NASA to make sure the balloon was at float altitude at the moment of the blasts.

One of the experiments was USIE (UNC-Sandia Infrasound Experiment) developed by University of North Carolina at Chapel Hill and Sandia National Labs. and consisted of InfraBSU infrasound sensors and a Chaparral 60 infrasound sensor, logging signals at 200 Hz. The other payload was SISE (Stratospheric Infrasound Sensitivity Experiment) an experiment developed by the Southwest Research Institute, New Mexico consisting of five differential pressure transducers and five reference transducers. 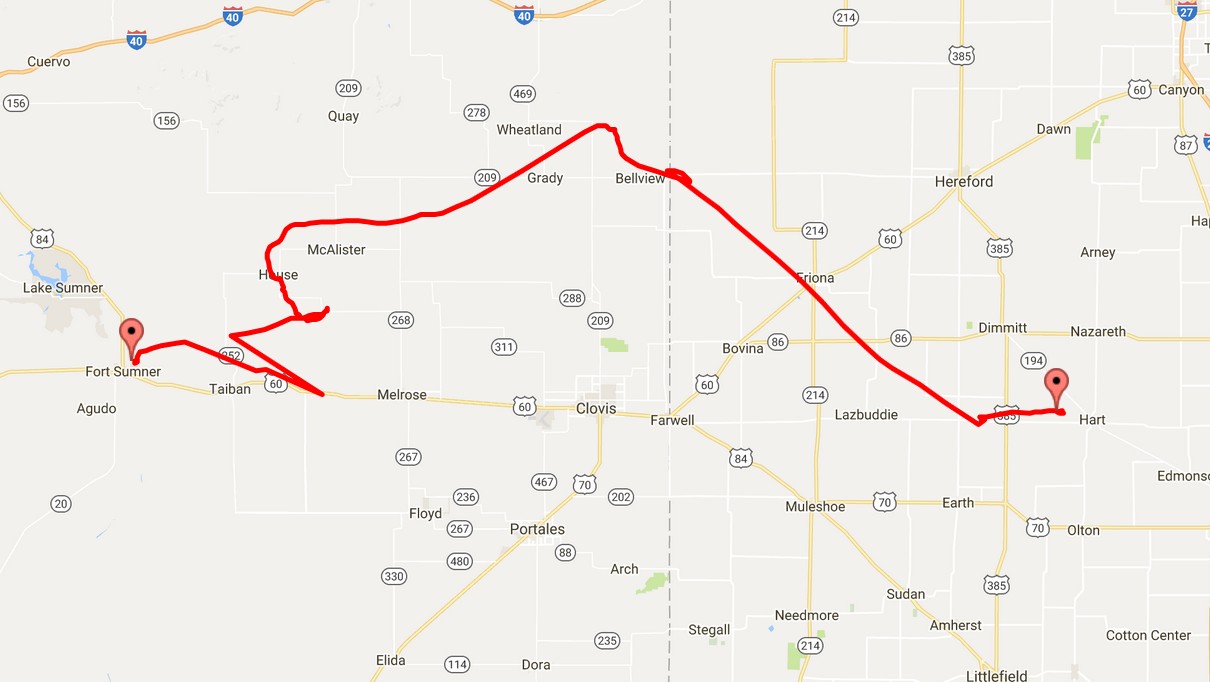 The balloon was launched by dynamic method at 14:28 utc, on September 28, 2016. After a nominal ascent phase it reached float altitude of 37 km at approximately 17:00 utc, moving in NE course as we can see in the map above (click to enlarge). A few minutes before crossing the Texas border the balloon changed its course to a SE heading which was maintained during the remainder of the flight.

Once the mission was completed, at 23:46 utc the flight was terminated. The payload impacted West of Hart, Texas after a total flight time of 9 hours and 57 minutes.