The NASA Super Pressure Balloon (SPB) is a pumpkin-shaped sealed structure that is filled with a measured and specific amount of helium lifting gas which always maintains a positive internal pressure in relationship to the environment it is floating in. The balloon is filled with an amount of helium needed to lift the entire flight system plus some extra gas to provide an upward force known as the free lift. Once launched, the balloon ascends but unlike occurs with conventional or so called Zero-Pressure (ZP) balloons when it reaches the desired float altitude, the extra helium is not vented off, but fills out the shape and pressurizes the balloon. This extra helium is enough to pressurize the balloon and also to over-pressurize the balloon to the design limits.

This flight, was the first one aimed to perform a long duration mission at middle latitudes and thus carried no scientific experiments. The payload below the balloon (which can be seen in detail in the image at right) was a specially built square gondola fitted with instruments aimed to control and monitor the behaviour of the balloon in flight. Althought these instruments are similar to the ones used in conventional duration flights, longer flights require systems with higher reliability. It was composed by: flight control and data storage including redundant flight computers for telemetry, ballast, and terminate; communication systems for line of sight as well as long range satellite communications; other flight systems to support unique needs for the SPB flights including differential pressure measurements, environmental measurements, tendon loads and many more parameters; small and light weight camera systems with fixed focal length, pan/tilt/zoom and systems to obtain images from over the horizon; reliable solar power and charging systems. 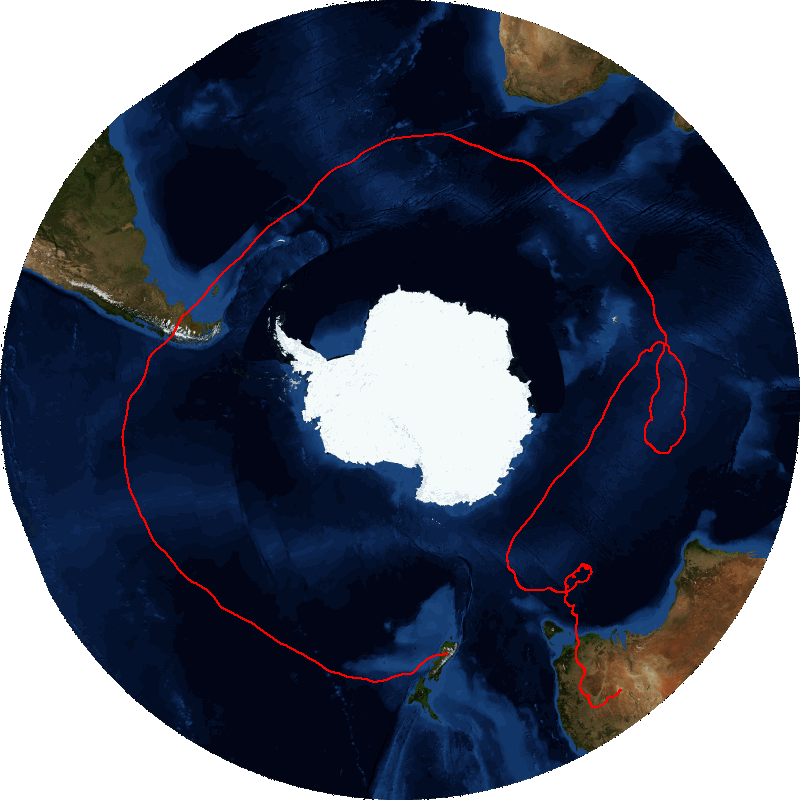 The balloon was launched from Wanaka Airport at at 21:13 utc on March 27, 2015. During the first days the balloon maintained an eastward course traversing at a constant altitude between 109.000 and 110.000 feet moving at an average speed of 40 knots per hour. The crossing of the Pacific Ocean took merely 5 days, aproaching the southamerican coast at local noon on April 1st. The balloon reached Chilean territory more southerly than expected over the Katalalixar National Reserve, near Tortel Comune of Aysen region at 16.15 utc, moving then over the Andes mountains and crossing over the Argentinian Province of Santa Cruz during the afternoon, but passing almost unnoticed for the region inhabitants due to the cloud coverage on the zone. A few hours later the balloon crossed the coastal line of Argentina, entering the southern Atlantic Ocean.

Maintaining a steady southeast heading the balloon passed on April 2, North of Malvinas Islands, and two days later on April 4, at 14:30 utc it entered the Indian Ocean, after crossing the meridian of the Cape Agulhas (20º E) about 700 miles south of the Southafrican coast. During the Indian Ocean traverse the balloon maintained at first a mean speed of 40 knots/hour. By April 5 it crossed 170 miles NW from Crozet Archipelago and the next day passed 450 miles N of Kerguelen Islands, two of the very few land spots that the balloon aproached to, that could be used as a reference in that vast liquid desert. Then, starting on April 7, when it was in a straight route to the East, the balloon loosed speed steadily and also commenced to slowly turn it's flight path. The next day it was definitivelly in a course to the north, and progresivelly caught in an anti-clockwise loop that will endure five days. When the balloon finally acquired speed, on April 13, the course was due southwest heading direct to Antarctica. Also at the sunset on that day, while flying over a cold storm system the balloon suffered one of the greatests loss of altitude, reaching the lowest point of the entire trip: 106.100 ft. A few minutes later, however, it stoped to sink and rocketed back to 109.000 ft. surely after NASA controllers sent some command to the balloon to drop ballast.

Next day, April 14 at 10:35 utc, the balloon reached the most southern point of the entire flight moving to 58,7337 degrees of south latitude. From that moment on, however, the route was progresivelly turning more eastward and slightly north, moving away from the white continent. The closest distance of the balloon with the Antarctic shores was of 650 miles.

20 days into the mission, with the goal of the first circumnavigation merely 1000 miles away, the balloon started again a turn to the North. As frustrating as can be, it then turned backwards to the west before entering in an almost endessly sequence of loops on which it barely moved, reaching speeds as low as 1 knot/hour. Aproaching the first month of flight, the situation barely changed, and the balloon started an steady course to the Northeast heading first for Tasmania, and then definitively to Australia. The crossing of the Australian shore occured on ANZAC day west of Cape Otway, 100 miles of Melbourne. After that, the balloon moved in the following hours to the north over New South Wales and in April 27 crossed the border of Queensland. Soon after turning west near the border of the two states, NASA controllers detected a leak developing in the balloon and for safety, issued flight termination commands at 11:03 p.m. April 27 EDT (12:33 pm April 28 ESCT) over a remote area near the Queensland and New South Wales border. Total flight time was 32 days, 5 hours and 51 minutes.

Workers from a cattle station called Bulloo Downs, located 136 kilometres NE of Tibooburra located the balloon gondola and the parachute resting in a remote area of the station on May 5, and a few days later NASA sent a recovery team to retrieve it.