Video description of the mission 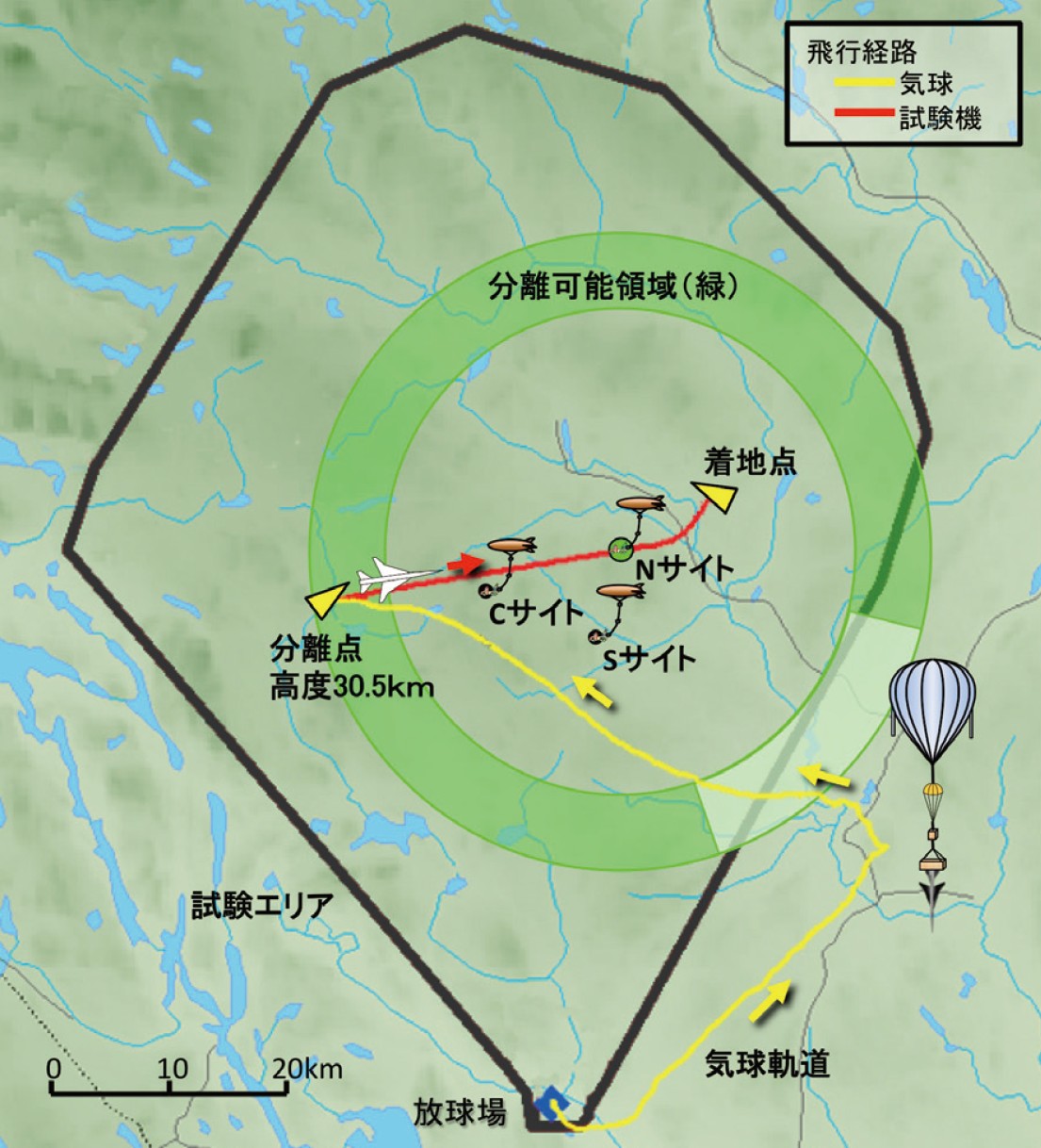 The second series of drop tests od the D-SEND project involved an experimental supersonic airplane (unmanned aircraft with no engine and capable of autonomous flight) designed utilizing JAXA's proprietary low sonic boom design technology. It was meant to be dropped from a balloon at an altitude of 30 km. The unmanned aircraft would glide over the boom measurement systems at Mach 1.3 and a flight-path angle of 50 degrees, where the generated boom signature goes down vertically toward the systems. The sonic boom would be measured by a series of boom measurement systems held at an altitude of 1 km by tethered balloons.

This was the second tests of the D-SEND2 series after a first attempt that failed in 2013.