Balloon launched on 9/7/2014, from Timmins Stratospheric Balloon Base, Ontario, Canada 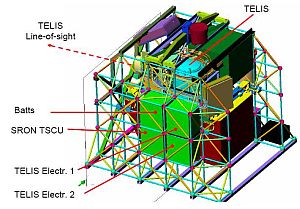 As piggy back payload was included TELIS (Terahertz and Submillimeter Limb Sounder) a 3 channel cryogenic heterodyne receiver developed by DLR with high sensitivity and stability, which like MIPAS is a limb sounder measuring reactive species, water isotopomers and some atmospheric tracers with a vertical resolution of about 2 km.