Balloon launched on 3/14/2013, from Candillargues, France 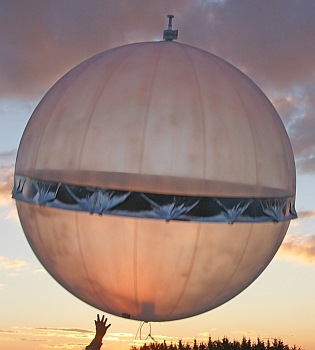