Balloon launched on 2/20/2013, from Candillargues, France 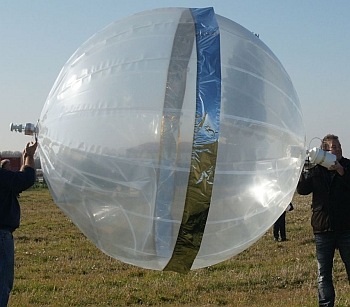 This balloon flight was part of a campaign denominated BAMED (Balloons over the Mediterranean sea), part of the HYMEX scientific program aimed to obtain a better understanding, quantification and modelling of the hydrological cycle in the Mediterranean, with emphasis on the predictability and evolution of extreme weather events, inter-annual to decadal variability of the Mediterranean coupled system, and associated trends in the context of global change. This particular balloon differed from the ones launched during the rest of the campaign as it was a technological test to prepare the future CHARMEX campaign. Designed to fly at an altitude of 2400m, the balloon has been launched depressurized.