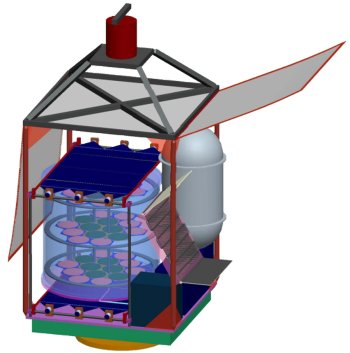 The General Anti-Particle Spectrometer (GAPS) is a project developed with a new approach for the search for low-energy cosmic-ray antideuterons at very high sensitivity, in long duration balloon missions in Antarctica. GAPS instead of using a magnet spectrometer, introduces an original method that utilizes the deexcitation sequence of exotic atoms to detect antiparticles. As an antideuteron arrives from space, it is slowed down by the dE/dx (energy loss per unit pathlength) in the residual atmosphere, in the GAPS time-of-flight counters, and in the target material. Just after stopping in the target, the antideuteron forms an exotic atom in an excited state. Then, through radiative transitions, the exotic atom deexcites with the emission of characteristic X-rays. The energy of the X-ray is strictly determined by the physics of the exotic atom, and thus provides particle identification information of the incoming (anti)particle species. After the X-ray emission, the antideuteron annihilates in the nucleus, producing a characteristic number of pions and protons, which provides additional particle identification information. By requiring the coincidence of X-rays and pions or protons, GAPS can distinguish antideuterons from background processes including cosmic-ray antiprotons, protons, and accidental X-rays.

The GAPS detector being developed mainly consists of a large pixelated lithium drifted silicon detectors, Si(Li), surrounded by large Time-of-Flight (TOF) counters. In a cuboidal space about 2 m on a side, thousands of palm-size Si(Li) wafers are arranged in a dozen layers. The Si(Li) detector serves as a degrader, a depth sensing detector to know the penetration length, a stopping target, an X-ray energy measurement detector and a charged particle tracker. The required energy resolution for Si(Li) is around 3 keV, which is well achievable at low temperatures around -30 degrees C.

The TOF counters with 3 - 5 mm thick plastic scintillator paddles generate the trigger signal and measure the time-of-flight (or velocity) and the energy deposit dE/dx. The TOF counters can roughly determine the arrival direction, and work as a pion/proton detector and a veto counter as well.

pGAPS was a prototype of the full fledged GAPS instrument aimed to verify and demonstrate the basic performance of each GAPS subsystem in real-flight conditions which was flown in 2012 by Japanese Space Agency (JAXA) over north Japan.

pGAPS cannot detect antiprotons nor antideuterons due to the high geomagnetic rigidity cutoff of the overflight zone, the short flight duration and the small size of the detector, but instead the three goals of the mission were to demonstrate the operation of the Si(Li) detectors and the TOF counters at float altitude because in the lab it is not easy to simulate all at once the flight conditions with low temperatures, low pressure (but not vacuum), solar radiation, and infrared radiation from the earth and ambient temperature. Other goals are to obtain thermal data to verify the Si(Li) cooling system, and to measure the incoherent background level to verify the levels estimated in the detector design simulations.

The pGAPS payload consisted of two sections: the lower one contained the bus equipment for JAXA's balloon operation as well as batteries while most of the pGAPS science instruments, such as Si(Li) detectors, TOF counters, and front-end electronics, were mounted in the upper section. Above the top of the payload (beneath the parachute flight train), a rotator was attached in order to roughly control the payload attitude. The pGAPS payload weighed about 510 kg, and consumed a total power of about 430 W.

On pGAPS, six Si(Li) detectors (wafers) were mounted, arranged in two columns of three detectors each. Each Si(Li) detector had a preamplifier with individual readout for each eight strips with dual energy ranges for X-rays and pions/protons. To cool the detectors, two kinds of prototype cooling systems were mounted. One was the baseline plan using a closed-loop forced-convection system with a pumped fluid, which was actually utilized for cooling the Si(Li) detectors during the flight. The other was a challenging optional plan using an oscillating heat pipe system, which was attached to a dummy heat load independent from the actual detectors. Both systems transferred the heat to a separate radiator attached on the payload sidewall to dissipate the heat towards space.

The TOF counter mounted on pGAPS consisted of three layers of crossed plastic scintillator paddles. Each scintillator paddle had a photomultiplier tube (PMT) readout from both ends. Both the PMT anode and dynode signals were buffered by a high-speed amplifier and sent to the readout electronics. Data from all subsystems were collected by an onboard flight computer, stored in onboard data storage and also were sent to the ground by telemetry via the bus equipment. Tele-commands could be sent from the ground to the flight computer to enable payload controls including software mode switching and power on/off switching of each subsystem. The electronics, such as the flight computer and the front-end electronics both for the Si(Li) detectors and the TOF counters were installed in two vessels -one pressurized and one watertight- to survive the different conditions encountered during the mission like the low atmospheric pressure at high altitude and the sea water at recovery.

Lithium batteries were used as the power source to reduce the payload weight in pGAPS engineering flight, but the GAPS Antarctic flight will use solar panels and rechargeable batteries. 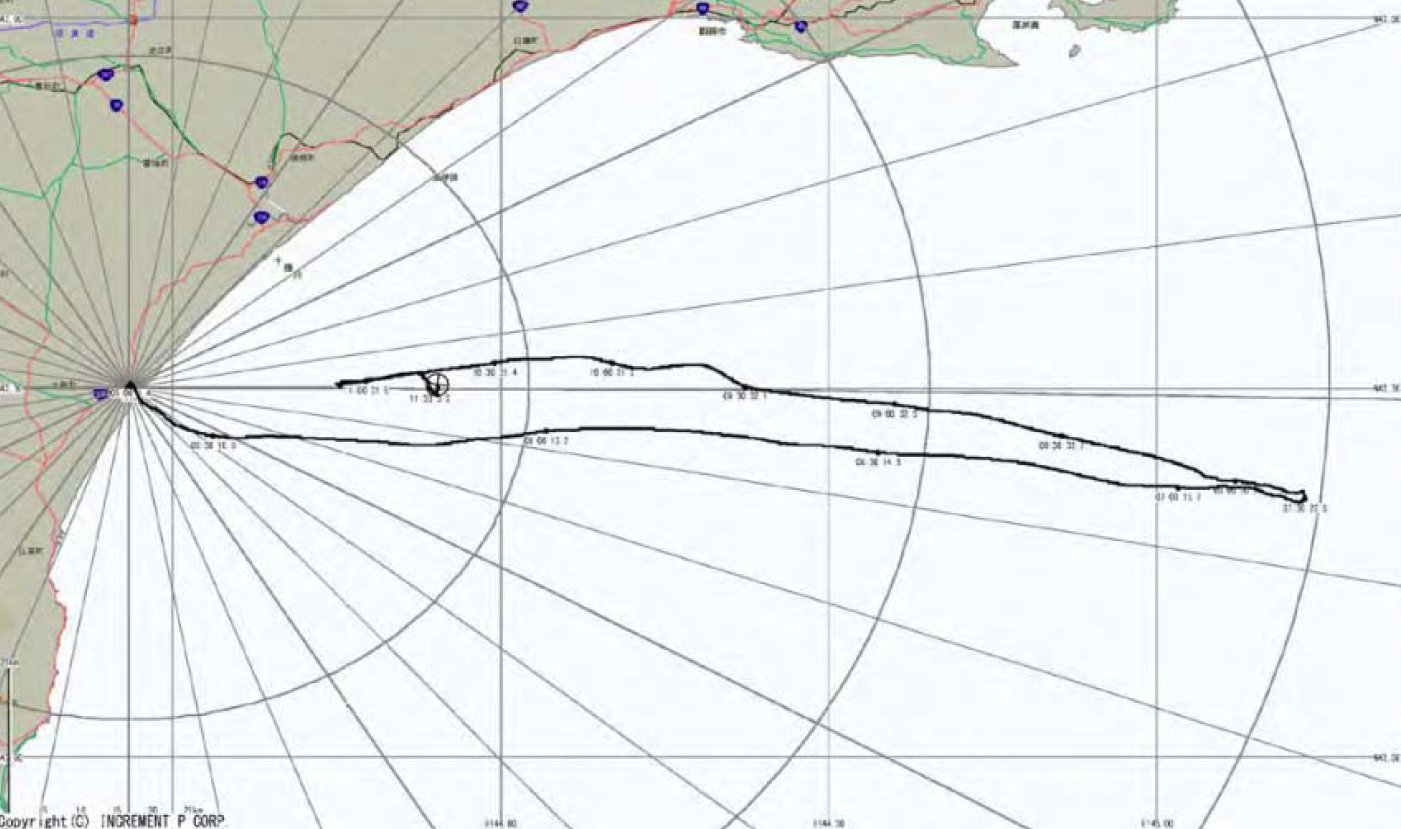 The pGAPS payload was launched at 4:55 AM on June 3rd from the Taiki launch base using the Sliding launcher. After an ascent phase of 3 hours, of which 1.5 hours were spent drifting eastward in a typical "boomerang flight" operation, the balloon reached the level altitude at around 8:05 AM. Then, it floated westward for 3 hours at the level altitudes of around 31 to 33 km. The flight was terminated near the coast a few minutes after 11.00 AM and the payload was safely recovered from the sea within only 9 minutes after the splash down which ocurred at 11:36 AM.

The pGAPS payload was succesfully operated throughout the flight with more than one million events recorded. Unfortunately the rotator for the payload attitude control failed due to an operation mistake during the flight. However all the other payload components basically worked well throughout the mission. The preliminary analysis of the scientific team has confirmed that the Si(Li) detectors and the TOF counters showed good, stable performance with low noise.

The first scientific fligth of the GAPS experiment will take place in Antarctica in 2017.