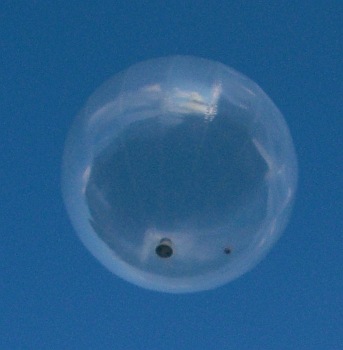 This balloon flight was part of a technological campaign denominated Traqa (TRAnsport à longue distance et Qualité de l'Air) performed in preparation of ChArMEx (Chemistry-Aerosol Mediterranean Experiment), a scientific campaign aimed to perform a scientific assessment of the present and future state of the atmospheric environment and of its impacts in the Mediterranean basin. During the TRAQA campaign carried out in June and July 2012 from Sausset les Pins, in France were launched 5 balloons.