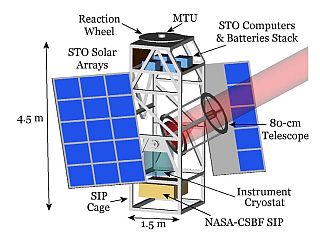 This was the first long duration flight of the instrument. Ascent went normal but before achieving float altitude a frozen absolute pressure regulator vented approximately half of the liquid helium supply to the atmosphere. This event reduced the cryogenic (THz) portion of the mission to ~ 5 days. The efficacy of the observations conducted during this period was hindered by several technical issues experienced early in the flight. The causes of these issues were identified and corrected in flight. STO then transitioned into its "Warm Mission" science program and continued observations using an uncooled 492 GHz [CI] receiver until the end of its flight on 29 January 2012.