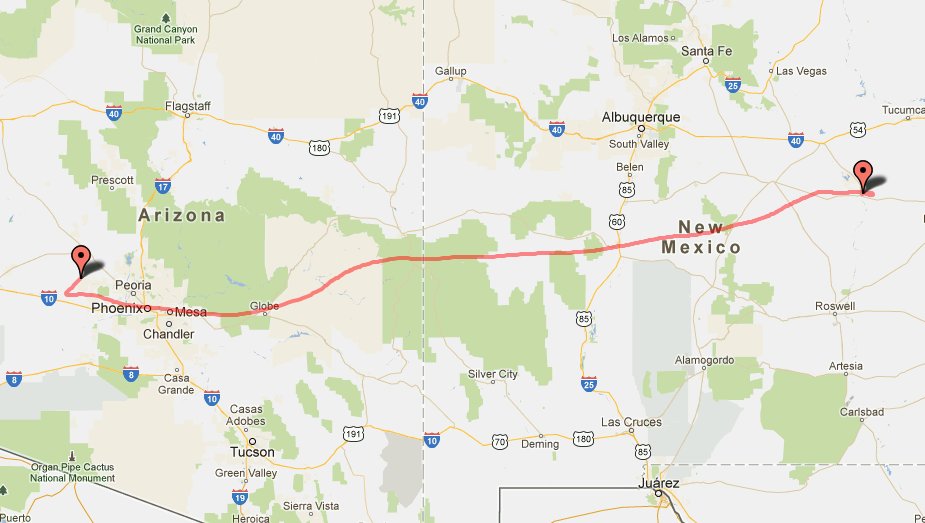 The balloon was launched by dynamic method using the Big Bill launch vehicle at 14:19 utc on September 1st, 2012. The ascent to float altitude of 122.000 feet was completed at 16:28 utc, after which the balloon acquired a westward route crossing the New Mexico to Arizona where at 1:17 utc of the next day the mission was terminated.

This was the 7th mission of the HASP program. The flight included the following experiments:

BUSAT a developmental program between Georgia Institute of Technology and New Mexico Institute for Mining and Technology intended to fly the Satellite Platform Integrated First Flight (SPIFF) aggregate instrument platform to gather baseline data on the fair-weather electric field, monitor the high-altitude magnetic field, and record changes in the structural integrity of a high-altitude scientific instrument.

High Altitude X-Ray Detector Testbed an experiment developed at the University of Minnesota with the goal to test and validate the performance of a compact x-ray detector and its associated communication and data-handling computer.

Single Event Effect Detector designed at the Montana State University. As a research effort into building radiation tolerant computing systems for aerospace applications, a radiation sensor system in addition to an FPGA-based flight computer recorded radiation strikes throughout the duration of the flight.

Stratopigeon III a project of the University of Maryland. The purpose of the StratoPigeon payload was to provide science payloads with access to a full set of data during flight in addition to the data-downlink and to provide an easier method of data storage, delivery, and recovery. This was the third participation of the project in HASP.

ARIES-DYNAMICS and ARIES-GPS two payloads developed at Inter-American University of Puerto Rico, Bayamon Campus whose purpose was to increase the knowledge of aerospace engineering specialized in CubeSat technology also permitting the students to gain knowledge and experience in attitude determination and control systems of a payload and to fly and compare the performance of two different dual frequency GPS receivers.

Measurement of the ozone profile in the stratosphere using nanocrystalline and nanocomposite sensor arrays developed by a team from Universities of North Dakota and North Florida. For the verification of earlier data from HASP missions improved versions of the sensors and payload were transported. Two different groups of ozone sensor arrays: (i) nanocrystalline ITO thin film and (ii) nanocomposite ZnO-ITO and WO3-ITO gas sensors will be used for the comparison of performance of the sensors.

High Altitude Turbine Survey (HATS) a development of the University of Arizona. It consist of an attitudinal wind velocity experiment aimed at understanding thrust and other performance characteristics of four varied micro-propellers along a vertical profile (35km). Onboard sensors including optical encoders, strain gauges, thermocouples, pressure gauges, an anemometer (wind V), and digital wind vane, will provide environmental data throughout accent and decent in order to create a velocity and thrust generation profile corresponding to altitude, pressure, and wind speed.

HELIOS (Hydrogen-alpha Exploration with Long Infrared Observation Systems of The Sun by the University of Colorado; a payload aimed to observe the Sun in the Hydrogen-Alpha and Infrared wavelengths utilizing customized optics and an Attitude Determination and Control System.

Louisiana State University provided two experiments for the flight a Directional Cherenkov Detector prototype cosmic ray charge detector for the use in the Calorimetric Electron Telescope (CALET) project and Sampling Microbes In The High atmosphere (SMITH) a payload aimed to sample for biological particles in the stratosphere. The late experiment in collaboration with the Southern University. Both payloads were flown also in HASP 2011.