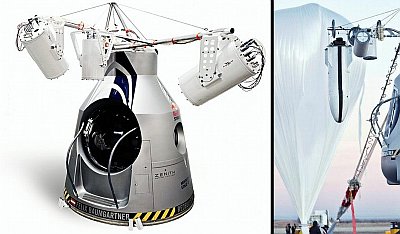 The objective of this first unmanned mission was to test the following items:

The ascent to float altitude was normal and once there was released first the instrumented pod and then the capsule was separated from the balloon. Both elements landed succesfully in the New Mexico desert.