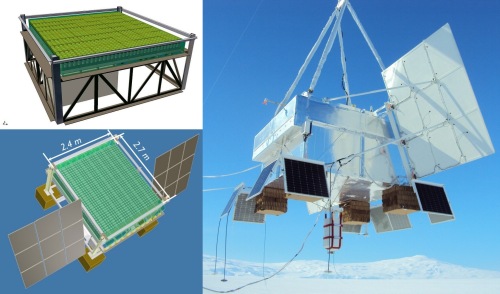 Above left we can see an scheme of the instrument version flown in the long duration antarctic flight. The main active detector of the CREST instrument was made of Barium Fluoride (BaF2) which was choosen based on its relatively high density and light yield, particularly in its fast scintillation component, which provided single photoelectron timings of well under 1 nano second. A total of 1024 crystals, 2 cm thick with a diameter of 5cm were deployed in a square pattern, with a 7.5 cm pitch in both orthogonal directions, covering a total area of roughly 2.3 x 2.3 m2. The body of the array was divided into 8 mechanical subunits, facilitating shipping and recovery. 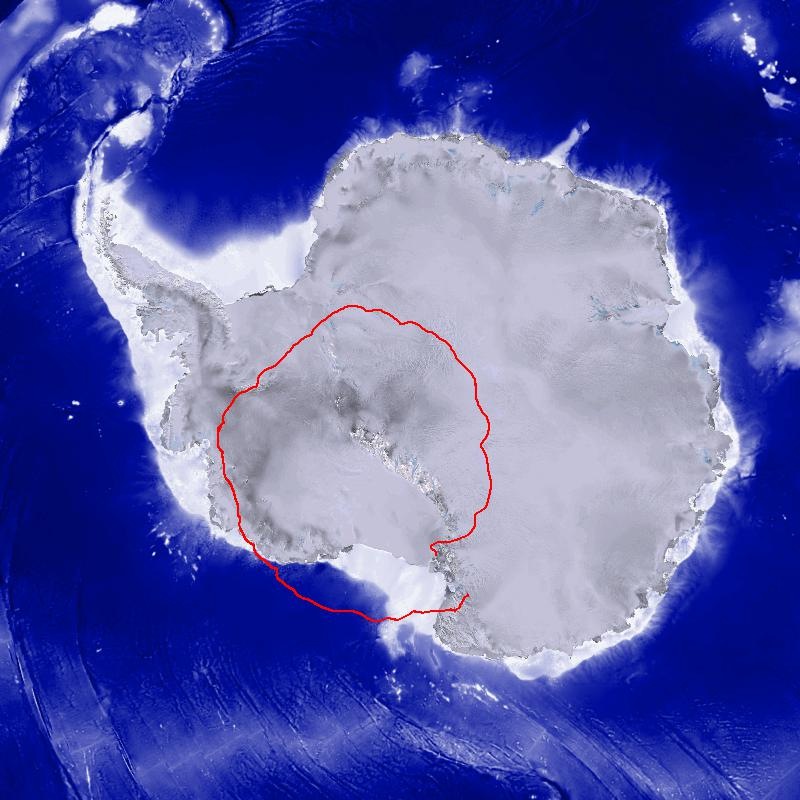 Balloon flight after two failed attempts in previous days, the balloon was launched on December 25, 2011 at 2:20 utc. After reaching float altitude it started the usual anticlockwise pattern around the pole. A few hours after completing the first turn to the pole, on January 4 2012 it was decided to end the flight to avoid a more complicated recovery. Termination occured that same day at 15:30 utc. Though CREST had landed in a relatively convenient location (only 250 miles from Mc-Murdo on flat terrain), recovery was delayed repeatedly due to a combination of weather and the lack of available aircraft. Logistics planners had not planned on CREST having such a short flight, and the requests for air support competed with missions to recover people, not machines, from far-flung bases.

After various days of waiting, CSBF/Raytheon personnel finally recovered CREST on February 2nd-3rd, 2012, traveling to the site via Bassler aircraft. A team of landing-strip groomers preceded them in a Twin Otter aircraft on 1/30/2011.

Scientific results while CREST was successfully launched, some malfunctions on the instrument reduced the amount of data obtained in the ten days of flight to nearly two days worth of full-instrument data. During the flight CREST detector achieved 1 nsec timing resolution with 1:1000 dynamic range of X-ray energy estimation to study the simultaneous synchrotron radiations originated from high energy electrons. However, background events were too large to make the method work effectively as a balloon experiment.