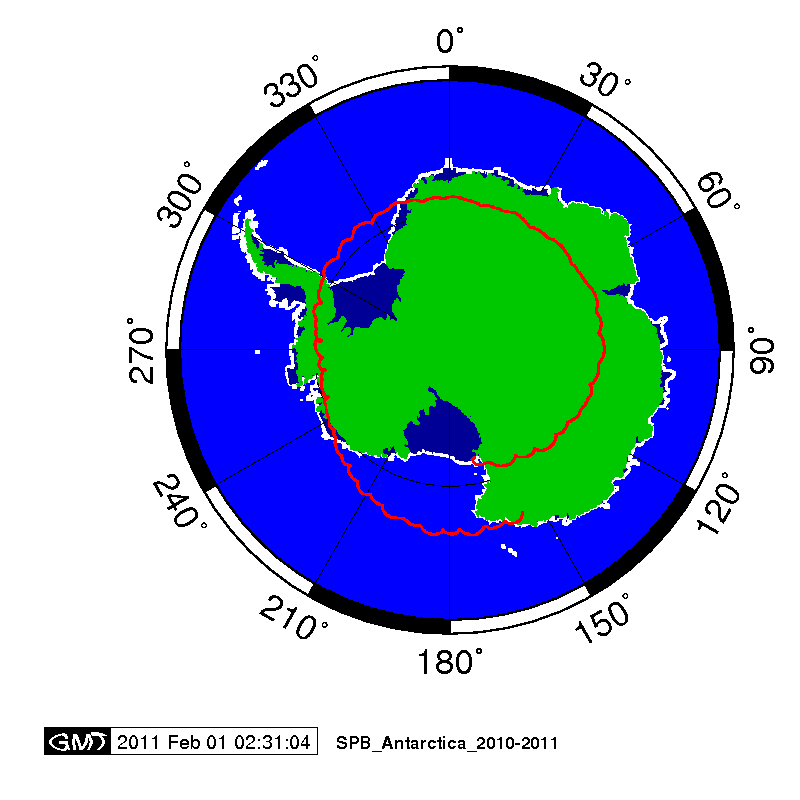 After ten launch attempts due to uncooperative weather, the balloon was launched by dynamic method at 22:46 UTC, on January 9, 2011. After reaching float altitude of 110.000 ft, it started a counter-clockwise turn to the pole.

After 23 days aloft, the mission was terminated at 00:52 utc on Febraury 1st. The landing occured at 1:38 utc in a point located 483 nautic miles NNW of McMurdo Station. Once in the ground the parachute was separated of the gondola by remote command sent via satellite by the Columbia Scientific Balloon Facility (CSBF) control center in Palestine, Texas to prevent the wind would drag the gondola over the antarctic plateau. Although a longer flight for the balloon was expected, the decision to bring it down was not related to any kind of failure but to an easy recovery of the payload remains. The only notably issue during the flight was a slightly loss of altitude in the last days of the trip by unknown reasons. A few days later a CSBF recovery party was sent to the impact site in a Basler aircraft to recover the CSBF gondola, electronics, and flight train components and to obtain several samples of the SPB balloon envelope for further analysis.