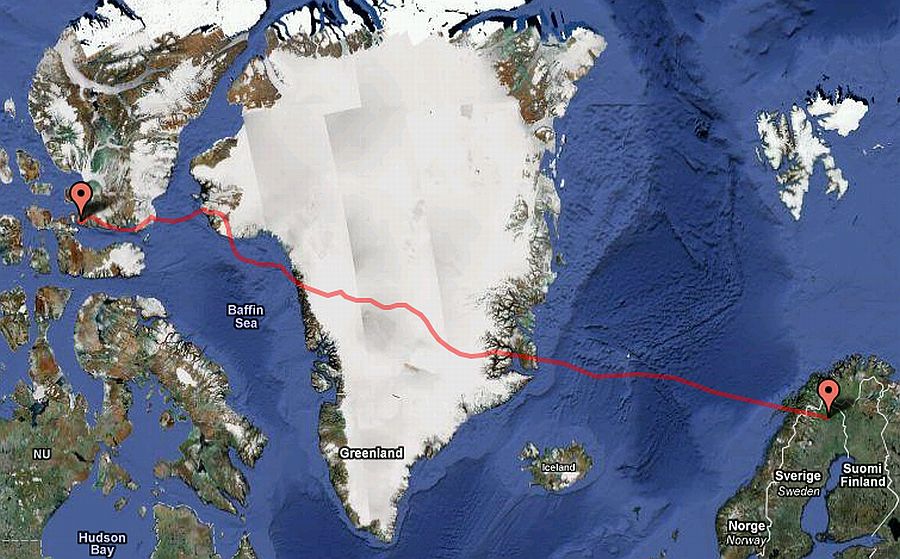 The balloon was launched by dynamic method with assistance from launch vehicle (Hercules) on June 6th at 22:05 UTC. At launch part of the frame holding the solar panels struck the launch vehicle and was damaged, but besides that and after a nominal ascent phase, the balloon reached float altitude on June 7th at 1:10 UTC without troubles, starting a westward path as can be seen in the map at right (click to enlarge).

The crossing of the Atlantic Ocean took 3 days and 17 hours. The payload was separated from the balloon the southwestern part of the Ellesmere Island in Canada.

The rescue operation was acomplished by a team of the Columbia Scientific Balloon Facility deployed to Yellowknife a few days before the start of the Sweden campaign.

According to NASA sources the instrument performed very well during the entire trip.