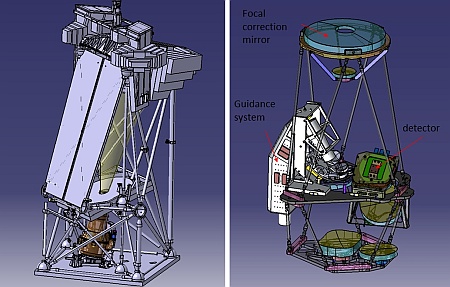 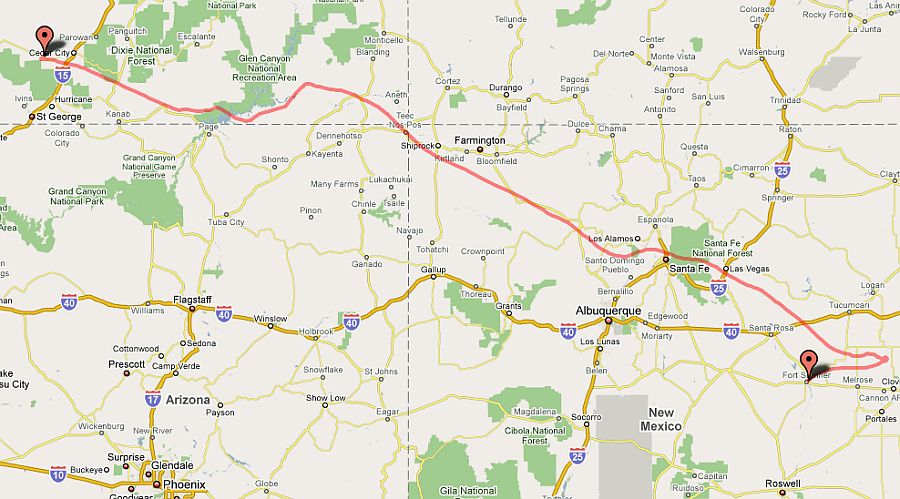 The balloon was successfully launched by dynamic method using launch vehicle on June 8 at 17:46 UTC. During the nominal ascent phase the balloon followed a eastward path, bout once it reached float altitude of near 125.000 ft. it acquired a northwestward course that lasted during the entire flight as can be seen in the map at right (click to enlarge).

Separation of the payload ocurred at 16:00 UTC on June 9th while the balloon was flying west of Cedar City in Utah, after a total flight time of near 22 hours.

This was the second flight of the FIREBALL instrument.

Althought a small accident that ocurred at launch when the launch vehicle hit the gondola totally broke the front of the door that covers the instrument at launch and landing, nothing serious occured with the instrument itself.

The scientific team reported that they obtained all the data they had hoped for and are now in the process of reducing it in a process that will probably take a few more months.

As FIREBALL had a very smooth landing the scientists are considering to make a new flight in the upcoming Spring 2010 Australia campaign.