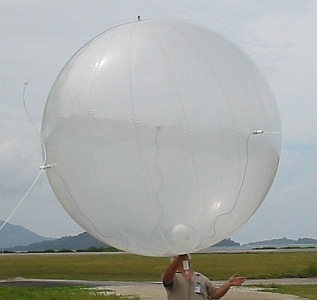 The ten balloons launched during the campaign were released during January and Febraury 2007, from the Mahé airport in Seychelles Islands.

This balloon endured aloft 21 days and traveled 24.870 kilometers from Seychelles Islands to Antarctica. This was the longest flight for a boundary layer balloon since it's introduction in the decade of 1970. Until then, mean life time was merely 10 days and distance a few thousands kilometers.