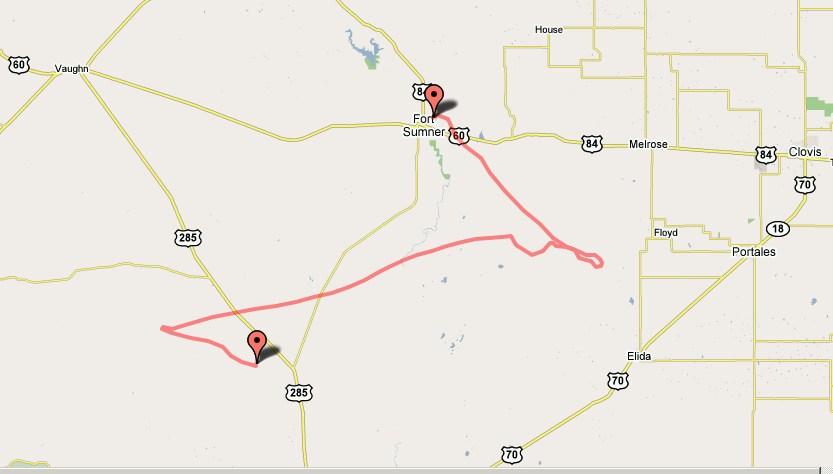 The balloon was launched by dynamic method with assistance from launch vehicle on June 5th, 2007 at 14:08 utc.

After a nominal ascent phase the balloon started to move due southeast until reach float altitude (122.000 ft) when it changed his route due west, with a slighty southward desviation, as can be seen in the map at left (click to enlarge).

The balloon was terminated after 4 hours and 22 minutes of flight the same day. The separation of the payload occured at 18:30 utc wich landed at 19:10 utc 41 miles southwest of Fort Sumner, New Mexico.