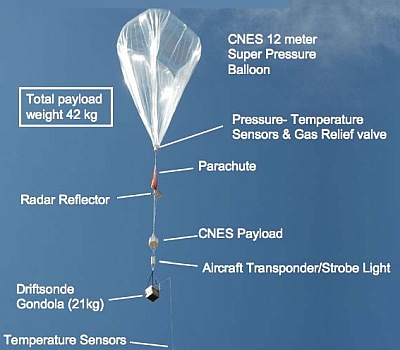 These elements were transported onboard a zero pressure balloon developed by Zodiac with a volume of 10.000 m3.