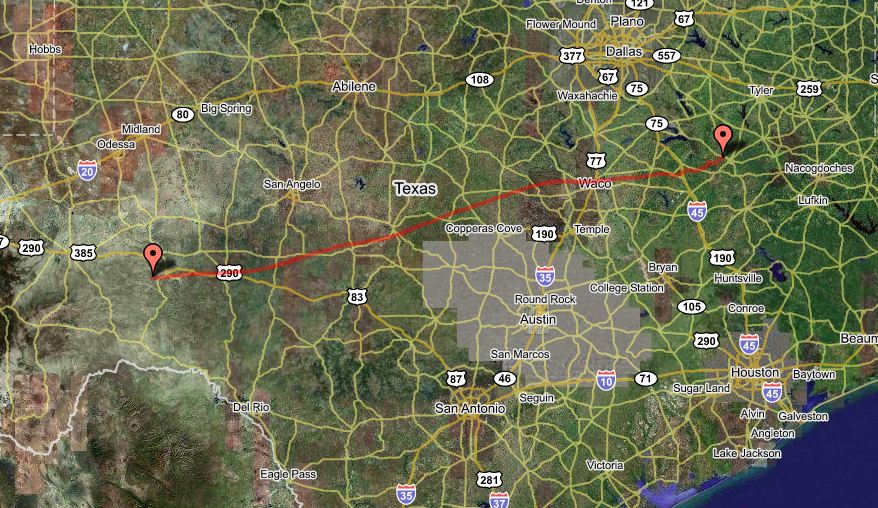 After a nominal ascent phase the balloon reached the float altitude of 122.200 ft and started a drift to the west of the state with a slight southern drift (click the map on left to see the path of the balloon).

This was the Third flight of the instrument and the second one devoted to make scientific observations.

After the balloon reached float altitude the cover protecting the cryogenic components was opened. During the flight the calibrator was moved 28 times from providing at least 8 cycles between calibrator and sky for each of the radiometers. During this time the entire gondola with the instrument was rotated at ~ 0.6 rpm, observing 8.4% of the entire sky.

At the end of the flight, nearly 800 liters of liquid helium remained in the dewar, enough for 6 hours more of observation.

The data obtained in this flight was specially important. Instead of the faint signal that the scientists hoped to find, they found a booming noise six times louder than predicted. Detailed analysis ruled out an origin from primordial stars or from known radio sources, including gas in the outermost halo of our own galaxy. The source of this cosmic radio background remains a mystery. The discovery led to the publications of four papers in Astrophysical Journal (see bellow in references)