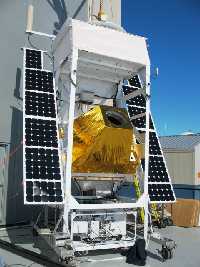 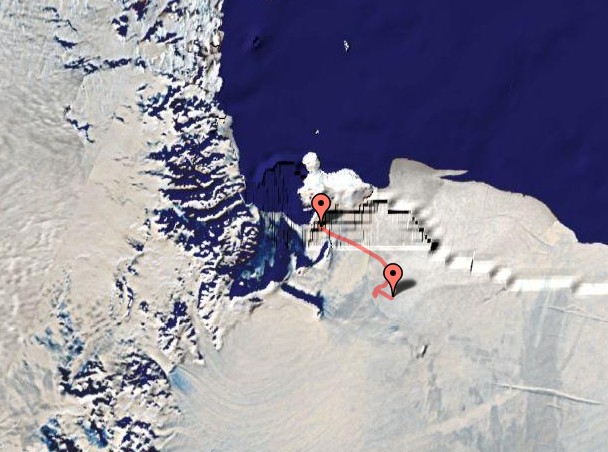 The balloon was launched on 24 December, 2006 at 3:57 utc by dinamic method using a launch vehicle (the Boss).

After a nominal ascent the balloon reached float altitude two hours after. However, the science group experienced a command and control failure during ascent which rendered the instrument inoperative so, the flight was terminated shortly after reaching float at 8:34 utc. The termination was performed by the ROCC (Remote Operations Control Center - launch site) using LOS (Line of Sight) procedures from Williams Field. A blind, Semi-Automatic Parachute Release (SAPR) parachute cutaway was apparently successfully performed by LOS.

On December 26 started the search of the payload using a Twin Otter twin engine turboprop aircraft. Due to the bad conditions it was impossible to land, but a member of the team aboard was able to see the gondola from the air, wich after touch down tipped over on its back as expected, looking in good condition.

This was the second flight of the instrument, and the first one intended to be of long duration.

Approximately 3 hours into the flight, when the payload was at 24000 meters (about 79000 feet) altitude SBI had a major malfunction of the control computer which shut down abruptly. The control computer is responsible to command the telescope pointing system, so without it, it's impossible to take images of the Sun.

As the scientific team still had good communications with the gondola via the command computer that was still alive and well, during the next two hours several attempts were done to bring the control computer back online, all unsuccesful. Then, was decided to order a premature termination of the mission, so no scientific data was obtained.