At the beginning of each launch campaign, the technicians of the balloons division of the Centre National d'Etudes Spatiales (CNES) perform an initial launch called "opening flight" which is aimed to test several systems to be used during the rest of the campaign. Sometimes, thes flights can carry also small scientific experiments as "piggy back" payloads.

In this case the flight gondola included an instrument called DUSTER designed to bring back aerosol samples where abundance, size distribution, composition and mineralogy will be measured for each class of materials collected. 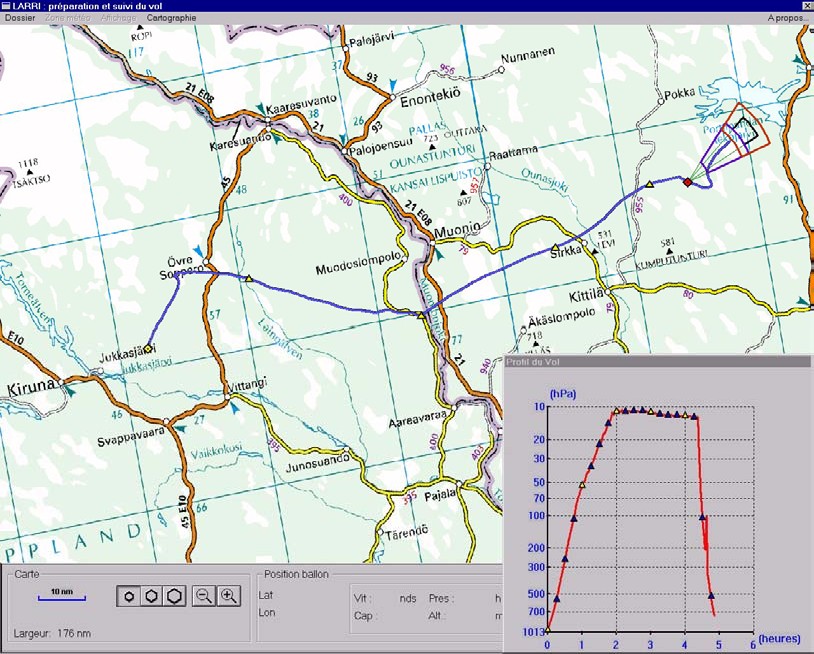