This was a qualification test of the new Charter SF-430 polyethylene film for NASA/CSBF zero-pressure balloons a three-layer co-extruded film using the same resins as Stratofilm-420. The total film thickness is 10.2µ for the shell and 13.2µ for each of the two cap layers. Compared to traditional zero-pressure balloon film, the Stratofilm-430 has higher strength and ductility at normal surface temperatures, making the shell better able to withstand dynamic launch loads.

The main objective was to demonstrate the ability of a zero-pressure balloon constructed of the SF-430 film to fly under normal flight conditions near the maximum allowable Launch Stress Index (1800-psi). 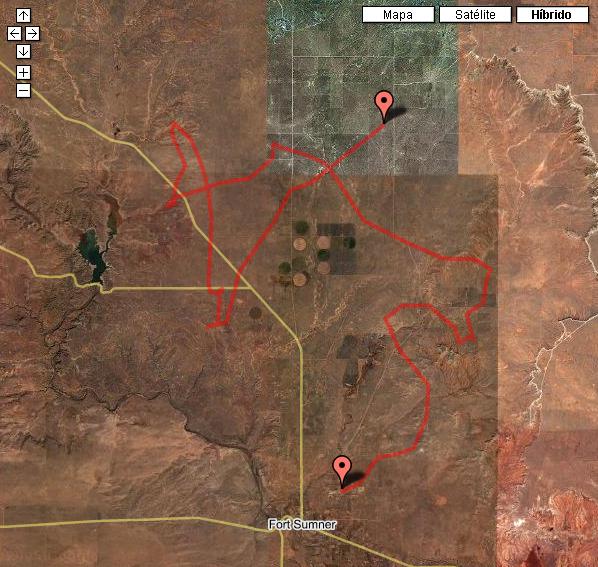 The balloon was launched by dynamic method with assistance from launch vehicle on September 30th at 17:10 utc.

After a nominal ascent phase the balloon started to move in an erratic route mainly oriented to the north, as can be seen in the map at left (click to enlarge).

The flight was an operational and science success. It exceeded all preflight minimum requirements for the Charter SF 430 film and the new UPT-3. The launch was good, with good weather conditions. The ascent to float, the float, the termination, and the visual parachute separation were normal. The payload was recovered in good condition.