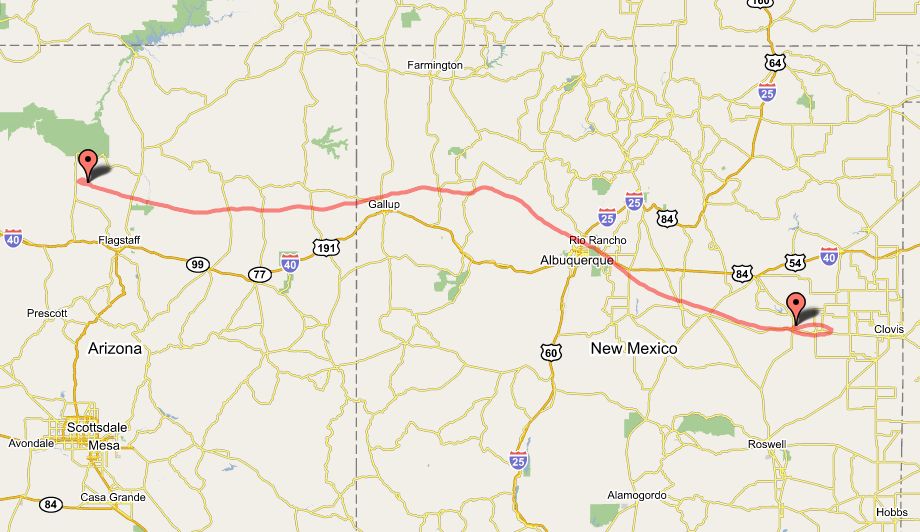 The balloon was launched by dynamic method with assistance from launch vehicle on September 4th at 15:51 utc.

After a nominal ascent phase the balloon started a flight pathe due to the west and reached float altitude of 122.000 feet at 18:30 utc. At left can be seen a map showing the balloon path (click to enlarge).

This first flight of the platform included the following experiments:

The Infrared Thermal Balloon Experiment (ITBE) of the University of Alabama - Huntsville (UAH) included three infrared telescopes located at different seats on the HASP braces looking up at the balloon to measure the thermal characteristics throughout the flight. UAH also included a separate camera payload to attempt to image the balloon as well as the horizon.

Finally, LSU students provided two experiments: the Accelerometer Inertial Navigation System (AINS) from LSU Physics & Astronomy uses three precision accelerometers to measure the motion of the payload, which consequently can be integrated to derive orientation and position. In addition, LSU Mechanical Engineering students developed the Aerospike experiment to study the performance of a conventional and an aerospike rocket nozzle as a function of altitude.

All HASP systems performed flawlessly during the flight. After initial flight configuration setup HASP required no further resets and no system reboots were required. The only commands sent during the flight were to power off the student payloads just before termination. HASP transmitted a continuous stream of diagnostic records, on-board data storage status messages, temperature, voltage and current information, student payload serial data, as well as GPS position, altitude and time data.

These data were downlinked to the HASP ground station for real-time monitoring and then transmitted over the internet to LSU where they were made available in near real-time on the HASP website.