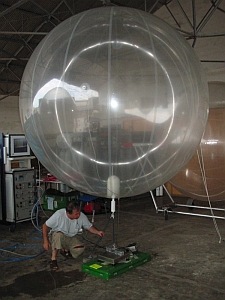 This flight was part of the AMMA (African Monsoon Multidisciplinary Analysis) campaign, an international project to improve the knowledge and understanding of the so called West African monsoon (WAM) and its variability with an emphasis on daily-to-interannual timescales. The effort was motivated by an interest in fundamental scientific issues and by the societal need for improved prediction of the WAM and its impacts on West African nations.

For AMMA a total of 15 balloons were launched during June 2006 from the Cotonou International Airport, in the Republic of Benin.